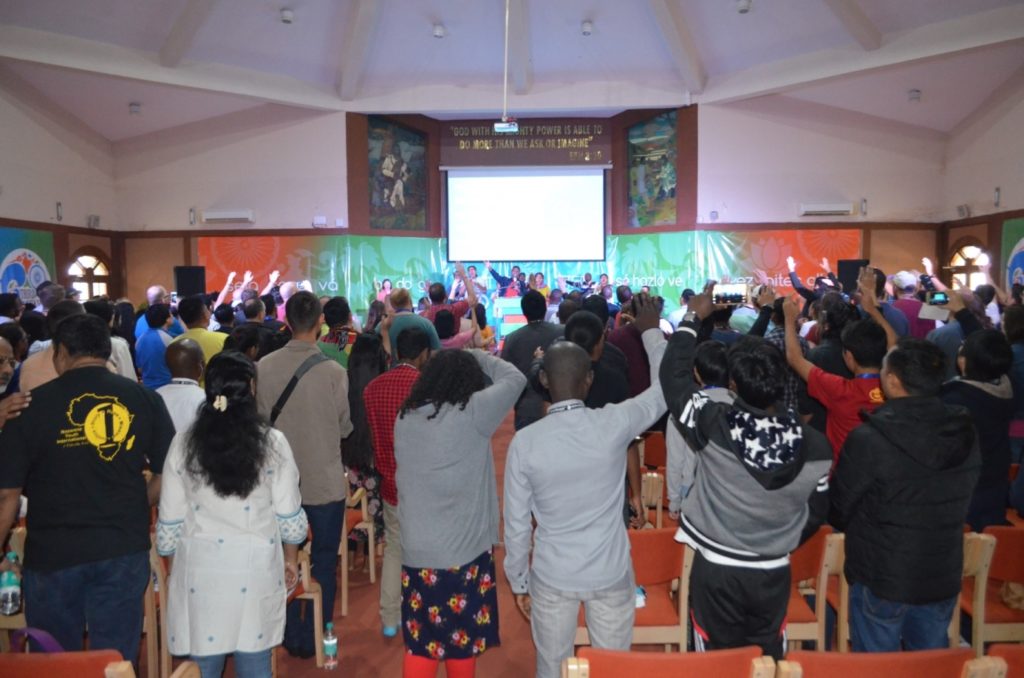 “My life is totally transformed. My leadership perspective is totally changed. I have seen and experienced authority being exerted in Christlike servant leadership style. I believe that is how leadership is best practiced. I am going to imitate these guys,” said Rajan Samuel, a Third Wave participant.

Rajan, a mechanical engineer and a local NYI president from Chennai, Rajan came to Third Wave as his district’s NYI representative. Two-hundred and forty participants from 61 countries attended this 5th global Third Wave conference, which, as the previous ones, was organized with the goal of encouraging missions and developing new leaders by giving them global exposure and connecting them with each other.

Rajan, who didn’t previously know what Third Wave was about, went with an expectation of personal transformation and felt this was the best thing that could have happened to him.

He said, “I have met people from all over the world. I have new friends, I have had wonderful fellowship. I am spiritually nurtured and so this has surpassed all my expectations.”

Each participant received an Indian-style welcome especially organized by NYI India, the host country. The Indian participants were dressed in their traditional Indian outfits and formed two rows of welcomers. As the participants walked close to the rows they were greeted in an Indian way by Mrs. Sarah and Rev. Vijay, and then by the welcomer with a flower and an Indian flag brooch. 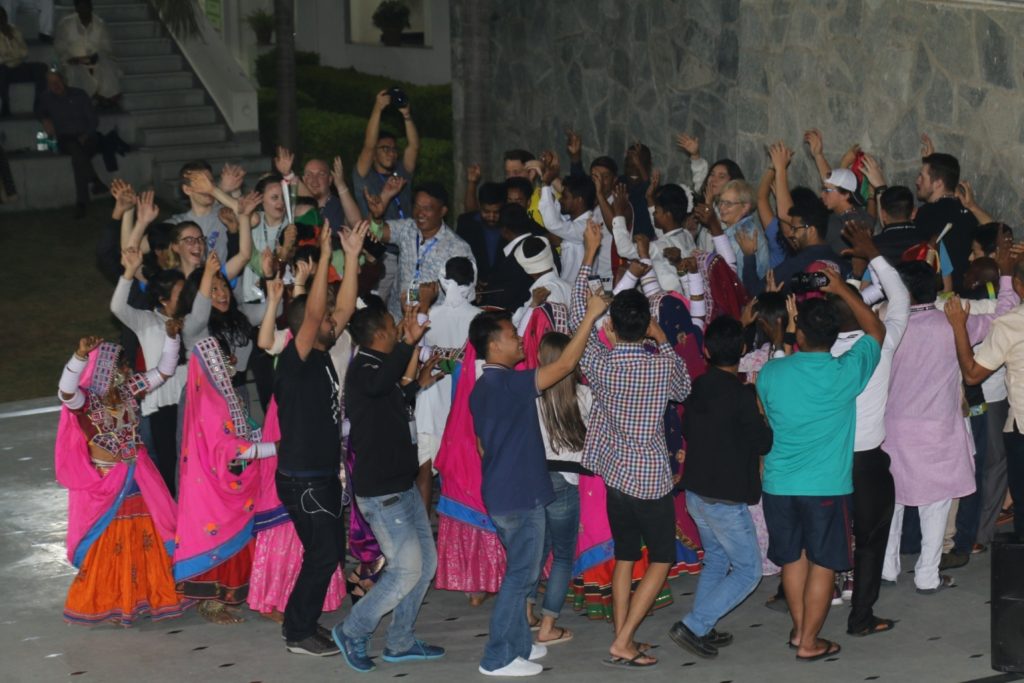 A traditional dance by Banjara Indian folk artists and a banquet completed the welcome at Ashirwad Global Learning Centre, Hyderabad. There were powerful presentations by global Nazarene youth leaders on evangelism, discipleship and leadership, better known in NYI as BE, DO, GO. These presentations made a serious impact on Rajan.

“Southerners (people from south India) don’t involve in discipleship groups and so on. But now I know that what I had learned so far was just a very little. Now I have a wide picture of what it really means. I have a clear understanding of what evangelism is. Now I can engage with people in more ways than I knew. Now I know how practical evangelism and discipleship is and I even know the cost of it.”

Presentations of Nazarene missionaries serving in gospel-restricted world areas made an immense impact on the participants.

“By listening to so many testimonies of young people from all over the world, especially from where sharing Christ is prohibited, I have a better understanding of what exactly they go through, what are the tough situations they have to face, and in that I have realized that what I have done is nothing compared to what they are going through,” recalled Rajan. “I feel like I can never ever even be half of what they are going through. All the opportunities that I have been provided in my place I am not doing even 10 percent of what they are doing.

“Besides the sense of inadequacy, it encourages me to do more. Be more focused. I should achieve the goal of sharing the gospel with my friends and all those who don’t know who Christ is. I have so much, and I need to give 100 percent.”

The global worship team was another factor that made Third Wave a unique experience for the participants. Ten worship leaders from 10 different countries, beautiful singing and musical expertise, led participants in meaningful worship time.

“I personally had a great time of worship,” Rajan said. “I felt a deep connection with God. This experience can be compared to nothing else.” Rajan was also very impressed with the way leaders carried out God’s calling upon their lives, and thus were an example for the young people.

“Before coming to Third Wave, I had a totally different perspective of leadership. I used to think that the leader is the one who leads from the front. Someone who is always on the stage. Someone who constantly commands people what

to do and what not to. I was even brought up that way. But I came here and saw leaders from all over the world, leaders and resource persons who carried themselves so casually and commonly that I wouldn’t have guessed that they are ‘somebody’. I am very impressed with their humility. Spending five days here, my perspective on leadership has been totally changed. I feel like I should be more like them, and they are being more like Christ. Christ-likeness is the only way leadership should be practiced.” 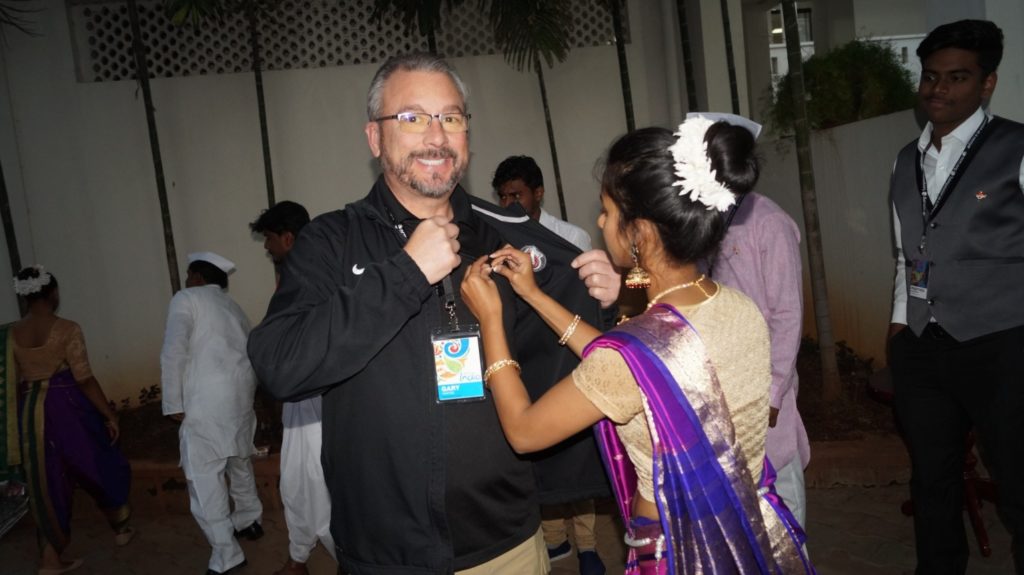 One leader, Gary Hartke, was given a sendoff during this Third Wave conference. Third Wave was his initiative and he executed it with the help of the Church for 18 years. It was an emotional moment as he handed over the mantle to the new Global NYI Director David Gonzalez. Gary will be assuming his new role of General Secretary of the Church of the Nazarene from March 2019.

As a result of Third Wave, several young people have given their life for the Lord’s ministry and have made serious decisions for their NYI ministries.

“I am a local and district NYI president and I want to start where I am and with what I have. I don’t want to be just a Third Wave attendee, but I want to do what God is telling me to do. I want to take my responsibilities seriously.”

For the local NYI, Rajan said, “I want to engage with youth more personally. They do not come regularly. I learned in the discipleship session how we need to engage with the youth one-on-one, and how that will bring them closer. That struck me hard. After going back, I want to give individual focus to each of them rather than just formal meetings.

I should provide personal care to each one of them and bring them closer to Christ. To me now that is the way to be involved with youth in discipleship. Spend more time with them. This will help them grow.”

And for the district NYI, he said, “I can’t keep quiet, I have to do something. I attended the Nexus camp last year.” Nexus is an intensive course over a minimum of two- weekends in which people are invited to prepare themselves better for youth leadership. “So, with all that I learned in the Nexus camp, and all that I am learning here, the

BE, DO, GO, I would like to organize a district- level convention/training/camp for all the local NYI presidents of the district. This is how I can pass on to others all that I have learned.

“Fulltime ministry is my calling, which is my passion. After Third Wave, I am sure about my call to share Christ with unreached people. Evangelism is where my primary focus will be above all.”

This article was written by Rev. Rajiv Yangad and previously published in the Where Worlds Meet April 2019 edition.