Nazarenes in Armenia are providing food and hygiene relief packages

Nazarenes in Armenia are providing food and hygiene relief packages

Nazarenes in Armenia are providing food and hygiene relief packages to families displaced by the recent war between Armenia and neighboring country Azerbaijan that erupted on September 27. The Church of the Nazarene does not have a presence in Azerbaijan.

In the wake of a ceasefire between the two nations that began November 10, international analysts say that about 75,000 people have been displaced from the region—more than half of the Armenian population of Nagorno-Karabakh.

Read the article on Reliefweb

Thousands of Armenians are in government-run shelters, and thousands more have spread out across the nation, moving in with family members, friends or acquaintances, or into empty apartments and hotel rooms provided rent-free by landlords and owners. Thousands of people who were engaged in the conflict were killed, and more than 100 are still missing. 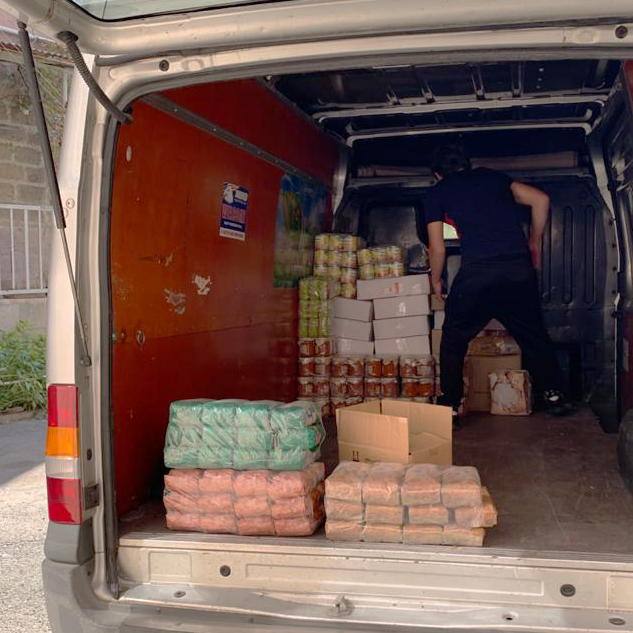 Initially, lay people and leaders from the four Nazarene churches in Armenia independently responded to the emergency needs of those around them, said Pastor Anna Jara, a district licensed minister in the Yerevan Church of the Nazarene, in Armenia’s capital city. They gave personally to provide food, blankets, clothes and hygiene items. But as the war stretched on, the churches partnered with Nazarene Compassionate Ministries to buy more food, clothes, mattresses and other items to meet people’s immediate physical needs.

“We are used to the war at the borders,” said Pastor Rita Lao, of the Yerevan church. “When you hear about war, we [think], ‘OK, it’ll end in a few days. Maximum four days. But it continued. Then there was involvement of other countries as well. Houses were being destroyed. Even if the war would stop, it would be difficult for people to go back to their homes. And it’s winter.”

The congregation runs a kids’ club where children receive academic and social support, and some of the families whose children attend began taking in other families who had fled their homes. People who knew about displaced families connected them with Nazarene churches in the area. As volunteers visited these families, they often found three, four, and even five, families packed into the apartments and homes. Those staying in shelters are receiving the large proportion of government assistance, while families scattered across private homes and other private spaces are falling through the cracks. Those who are staying in empty apartments or hotel rooms may have no furniture and no heating when temperatures are regularly below freezing.

By late November, the churches had provided food, clothing, blankets and hygiene items to 38 children under the age of 15, and to 74 adults, according to Lusine Melkonyan, a member of a Nazarene church, who helps to administer Nazcom Charity Foundation, the Church of the Nazarene’s officially registered organization in Armenia.

There are also people staying at 10 more addresses who are on a waiting list for additional aid.

Melkonyan said they visited one household to bring food and other needed goods. There were three adults and seven children in the space, and one of the women was pregnant. There was no furniture and just a small gas oven. The grandmother was so thankful to receive all the packages and blankets that she filled a bag with apples and mandarins and gave it as a gift to the visiting volunteers.

“They don’t want just to receive, but are very grateful and want to share,” Melkonyan said. 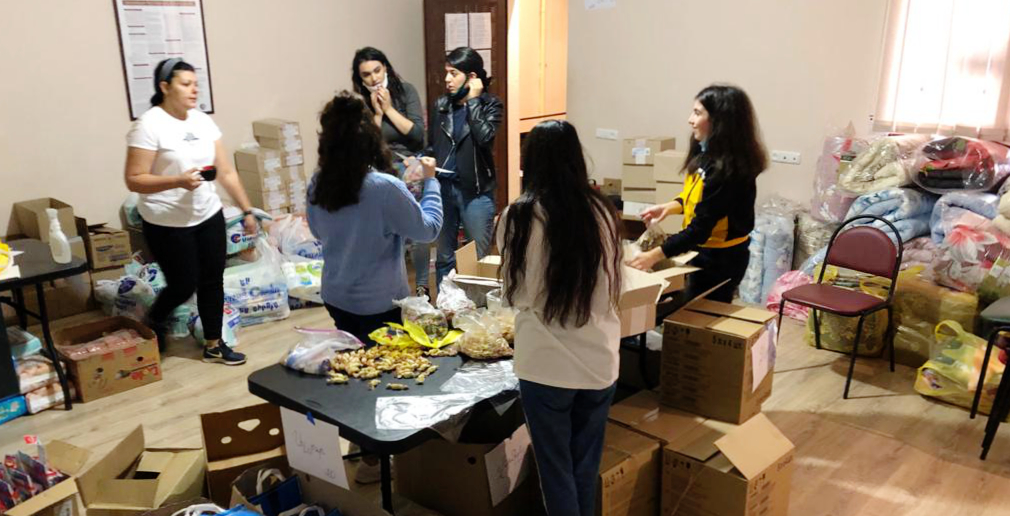 On another visit, Melkonyan met a woman who was taking care of her grandchild. She told Melkonyan that her own son was two years old when her husband was killed in another border war several decades ago, which is part of the ongoing conflict. Now, that son is himself away at the war, and she didn’t know if he would return home to his family either.

“The only thing we can do is listen to them, because they really need to share,” Melkonyan said. “The words really fail at that particular moment. It’s better to just listen to them.”

Jara told about a crowded household she and some other church members visited, bringing pizza with them. An elderly man was there, unable to eat because he missed his wife, who had been hospitalized.

“For three days he was not eating and he was not drinking,” Jara recalled. “The only thing he wanted was his wife and to go back to his house.”

The church members sat down to dinner with household, who had also cooked a large meal for everyone. The elderly man decided to eat the pizza.

“You are the first after my wife who could convince me to eat something,” he told them.

The visitors listened to him and the other family members talk about the war and their griefs and losses. Then they asked the family if they could pray for them. The church members continue to stay in contact with them through text messages.

Nazarene Compassionate Ministries in Armenia continues to take requests for help and evaluate needs as they carry out their emergency relief project.

“The need is growing every day,” Lao said. “People are going through a really hard time. I would say their life is in the eye of the storm.”

Lao added that the needs could be lasting; people left their homes, and then they lost the land. They would never return home. The churches are aware that their contribution is small in the face of mass displacement, but those organizing the response feel strongly that they must do something. 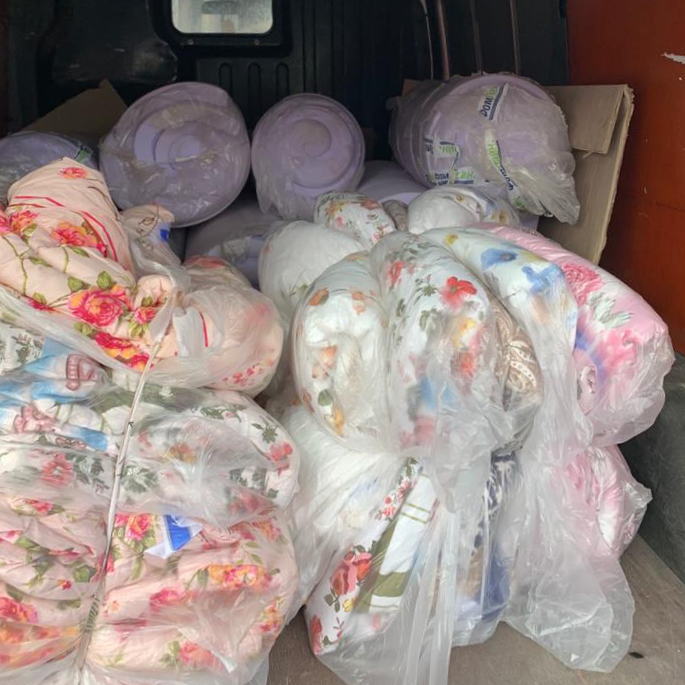