When their pastor fled because of death threats, a vibrant church in a secure area* was left without a shepherd. Several lay people stepped forward to take leadership and hold the church together.

One of those is a young business man, Thomas (not his real name), who has faced traumatic experiences and severe pressures from opponents in their society, yet persevered, alongside his wife and two children. This entrepreneur filled the role of pastor for several years.

Now the church is receiving a new pastor, James (not his real name). If not for a life-changing dream, James may not be the pastor today. 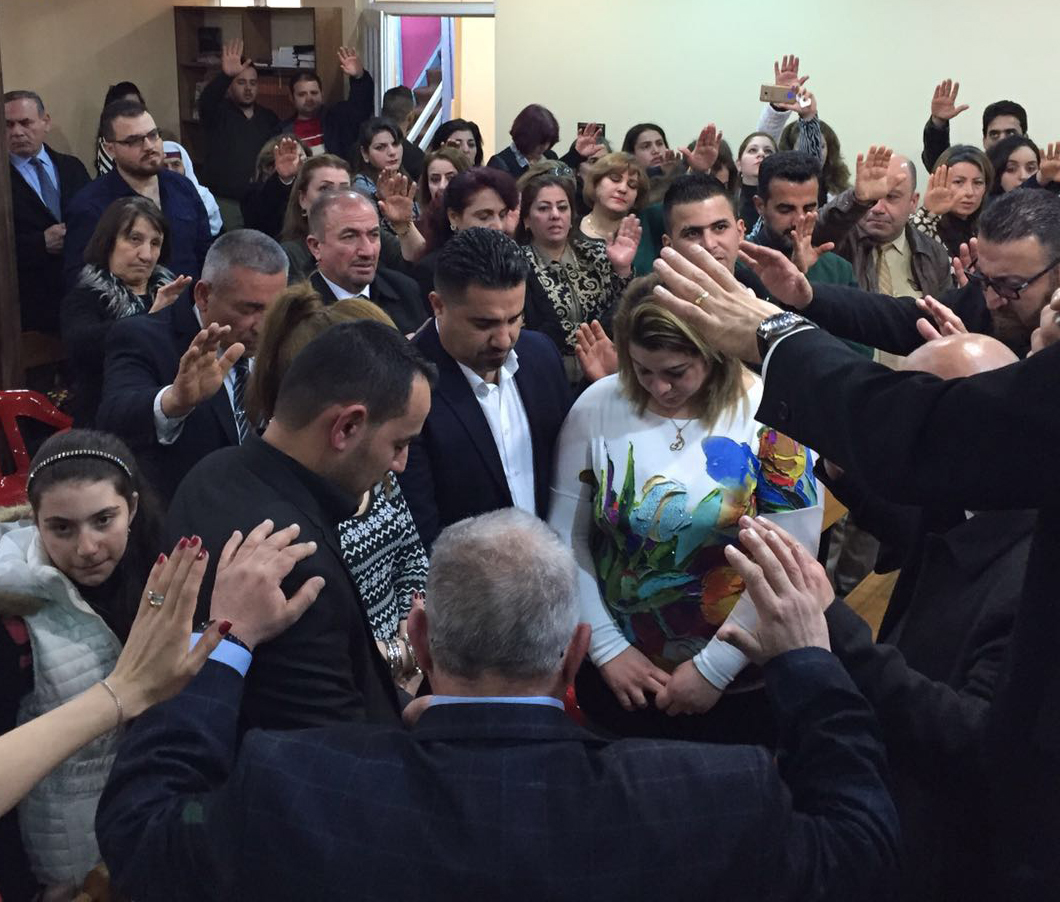 In February, the field strategy coordinator (an administrative leader of Nazarene churches over a large area) visited the Nazarene congregations in this difficult area to encourage them, and to issue licenses to Thomas and James to serve officially as pastors.

“We were humbled to see their dedication for the Lord and their support for the ministry,” the FSC said. “Thomas brought a group of young leaders from the church in [the city] to join for the teaching and church opening. I preached three nights in the church, including one service in which we officially reopened the church. It was packed and many pastors from different denominations joined us. It was such an amazing support. I gave the ministry license for Thomas and James and prayed for them.”

During the morning, the FSC and his wife gave discipleship training, finding the people are very hungry and humble to the Word of God.

When asked about his call, James told them that after his pastor was forced to leave for his own safety, James thought that he would leave, too, like many from the church, including almost all the leaders except him and his brother. The church doors were closed because it was built on the roof of the former pastor’s house. The congregation who were still left started to meet in another hall.

He started to sell his furniture. Yet, every time James was ready to leave, his wife got sick and the doctors could not diagnose the problem.

Then he saw a dream. In his dream, his father appeared like a shepherd with sheep around him. Between James and his father there was a river. In his dream, his father called him, “James, can you cross the river and come to me?” James said yes, so he did. His father gave him the shepherd rod and told him to care for the sheep. James looked up to the top of the mountain and saw there a man dressed in white who greeted him. Then the dream was over.

James knew what God was asking him to do. So he went to the Nazarene congregation. They asked him, “Who will take care of us?” He said, “I don’t know. Maybe another pastor.” But they told him, “We want you to lead us.” This was a confirmation from the Lord for him to stay. 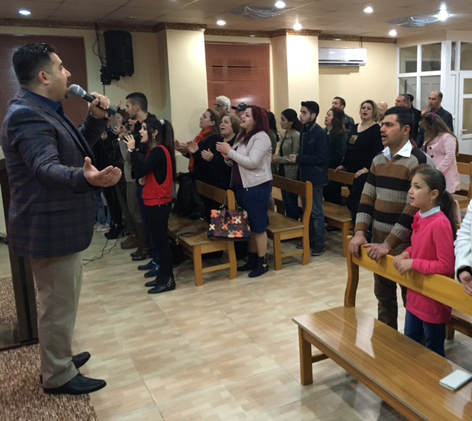 James reopened the church, and contacted the FSC asking for funds to buy supplies – James is a carpenter and he wanted to build a new church with his own hands.

People started to attend again. One PhD university teacher, with his wife, said, “We wanted to leave the country after everyone left from the church, but now we will pray and ask what God wants from us.”

Please pray for James, his wife, and their young son, as well as for Thomas, his family, and this congregation.

God restored this Nazarene church after very discouraging times, and if that area will be protected from evil, if it can be protected by God’s power, pray He uses His people who are ready to stand in the gap and live a holy life.

“Please give thanks to the Lord: Even though the spirit of fear from extremist groups is strong there, after the successful opening of the church we felt that God will protect the city and build His church in Jesus’ name,” said the FSC.