Anneke Nicolai, the NMI President of the Dutch District, shares with us how the churches across the District donated generously to raise funds to buy a van and supplies to send to Ukraine.
————
It is a well-known fact that the Dutch generously donate money to projects to help people in need. It applies to general projects, but certainly to goals where it is clear where the money is going to or is being used for. Through our newsletter to NMI presidents and pastors, and the district news to which many Dutch Nazarenes subscribe, we have been drawing attention to prayer, (translated) information, and actions since the beginning of the crisis in Ukraine.

When we started Nazarene Compassionate Ministries campaign for emergency aid to Ukraine, more than 30,000 euros had already been received within a week and transferred to the Regional Office in Büsingen. In an online meeting between our Regional NCM Coordinator Tim and the District Superintendents in the region, he said there was a great need for passenger vans. Confident we would raise enough money, we started a campaign for a van at our District Assembly on 19th March.

In the meantime, Theo from our church in Purmerend offered to help. He is used to driving long distances, is familiar with the export of cars, and runs an organization that provides aid to Romania, so he regularly goes with relief supplies on the road. His knowledge was important for making this project successful. Of course, we wanted the van to meet expectations, and we didn’t want to bring the bus to Ukraine empty. I have been in regular contact with Crystal Gibbons, a missionary with the Church of the Nazarene, who got our questions to the right people in Ukraine or the International church.

World Mission designed a logo. A Dutch lettering company applied the logo on the van – free as a donation to the Ukrainians. There wasn’t time to hold a fundraiser for goods, so Theo and I were very busy buying goods in stores or over the internet. We were not disappointed in our trust in our Dutch church members and friends! Three weeks after the start of the promotion for this van, Theo was able to leave with a friend for Siget on the Romanian border, where the bus they handed over to Andriy Takhtay, a Nazarene pastor in Ukraine, and his co-driver on Tuesday 12 April. 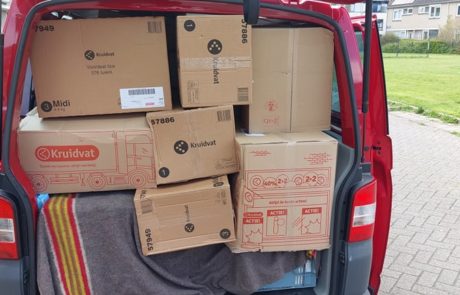 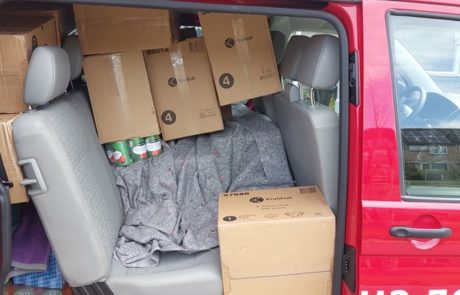 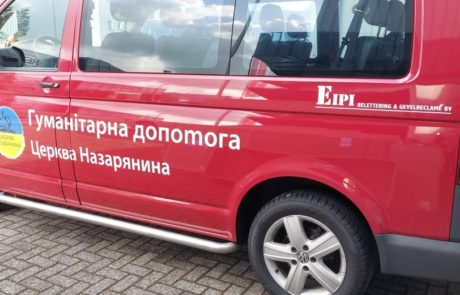 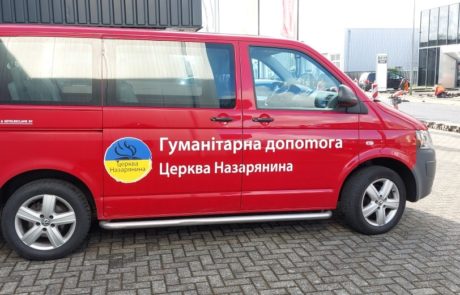 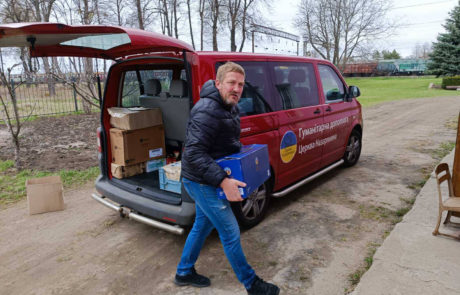 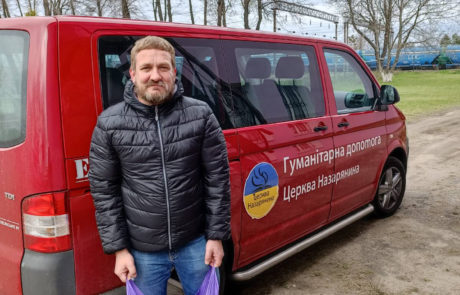 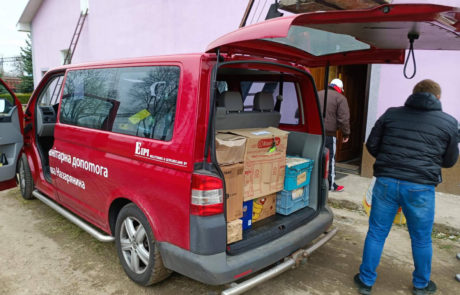