Nazarenes design “Hub” for community and creativity in Croatia

Nazarenes design “Hub” for community and creativity in Croatia 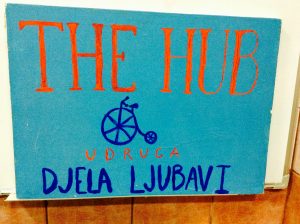 In a country where being in a community is part of the culture, Nazarenes wanted to provide a place where people could develop holistically in a spiritual community.

Missionaries Dave and Betsy Scott provided the impetus. With friends, volunteer missionaries and local partners, they opened The Hub, after they had started and run a Charity Shop for a few years. As time passed, they saw the need for a larger additional space where they could develop community activities and plant a church, so they began looking for a new space. About two years ago, they found a former bakery big enough for both. After renovations, the building became what is now known as “The Hub”. For about a year and a half now, it has been fulfilling its purpose in the community.

The community center’s name is a neutral name, not something religious as it is also the headquarters of their Croatian non-profit, and an English name because in Zagreb, English names are catchy and popular. However, the name “The Hub” does have a significant meaning. It was chosen by Dave, who has a love of fixing and repairing bikes for others. The Hub is the part of the bike that is the center of the wheel, so it is to represent a place where things and people come together, but also everything comes out from the hub of a bike wheel and spans out. Thus, they hoped it would be a place of both gathering and sending.

Over the last year, slowly, The Hub took shape as they hosted events, like an afternoon tea, or creative workshops. But one of the first consistent things was a Bible study, with only two other ladies, Dalia and Sanja, apart from Betsy attending. Only about five months later, a small group also began gathering weekly for a church meeting.

“We always wanted to have a church that was Croatian-led,” Betsy said. Some of the leadership team are American volunteers, but they have also drawn Croatian people who have caught the vision, and have helped to take ownership of The Hub and the leadership team of the church plant. 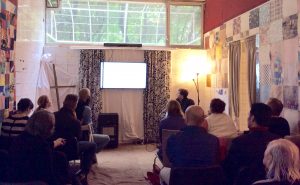 Unemployment in Zagreb is very high, just like all of Croatia, which reports a 15 percent rate of unemployment. Many people would like to start their own businesses to earn money, but lack the financial support, or confidence, or knowledge on how to take the next steps. In January 2016, Dalia and Sanja, both Croatians, started a project at The Hub called “Valuing Life”. The Hub brought this opportunity to women all over Zagreb through a variety of activities dedicated to supporting and promoting women’s initiatives in holistic ways. This monthly community event is a place where women can empower and help to develop each other.

Sanja said, “We started this project because in Croatia there is a bad situation with jobs and finances, and many women have ideas but they don’t have opportunities to develop those ideas.” 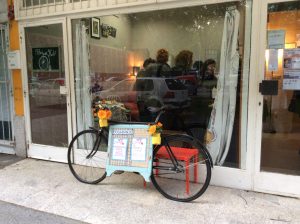 The Hub, in general, has filled a need to help develop a sense of community, but with “Valuing Life” specifically, it has become a place to show women, in particular, that their dreams are possible. It is a place to start giving them hope. Women are invited to speak and share their entrepreneurial ideas. They provide time for questions and answers with the speakers, and have a time of discussion to help the speakers gain another perspective for pursuing their dreams.

“The Hub is a help for them to promote their own businesses,” Sanja said.

Sanja also has been giving her business idea a start.

“I’m selling healthy cakes. I like to do raw food cakes,” she said. “So I make them and people can try and buy them. The most popular is made of strawberry, cashew nut and nuts. It’s all raw ingredients, it has no sugar or flour and people just love them.”

“Valuing Life, to me personally, is a very beautiful way: gathering women that are presenting to our community their created business ideas and initiatives that sustain them and the lives of their families,” said Dalia.

Men also have a place to grow together and build relationships through a weekly Bible study and movie night at The Hub. Other activities that keep The Hub moving are game nights, conversational English classes, and creativity nights. And of course Sunday worship services. The Hub seeks to always be holistic in meeting needs.

It’s all about building relationships and being a community center. Anywhere from 10-30 men and women participate in these weekly activities, forming the supportive and loving community that the Scotts and their team dreamed of. 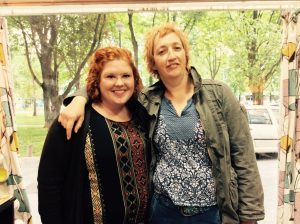 Ashley Huber has been a missionary in Croatia for about three years. She went to Croatia as a church planter to work with the Scotts. They were able to start building a church drawing on Croatian culture.

Although building relationships takes time, she added, “God is in this. God’s hand is in it. And it’s His timing and not ours. And just building relationships here takes a very long time, and listening to all the women talk, either at Valuing Life or when we are at our Bible studies or creativity nights, is a blessing. Just being able to participate in the Kingdom of God here has really shaped who I am, and it has shaped my belief in God.”

Huber prays that God may allow her to to one day see the women at church be the ones fully leading The Hub.

“The protestant churches here in Croatia aren’t known for allowing women to have a leadership role,” she said. “It’s really unheard of in this community, so we just pray all the time that God may use the women. Seeing God work through them has been the biggest blessing.” 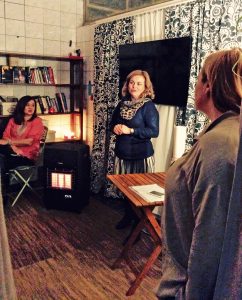 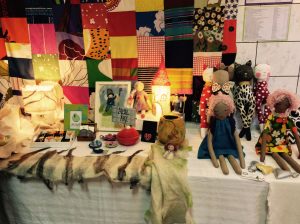