The South Leeds Church of the Nazarene has operated a food bank for a number of years. Members of the congregation donate to keep it stocked, and social service agencies refer local people when they experience food insecurity.

When the church building closed to comply with the national lockdown in response to the coronavirus pandemic, church volunteers began delivering food parcels weekly to families referred for help.

Morrison’s grocery store has been donating food to the food bank, and the congregation has also bought food in bulk to supplement the donations.

“The list of deliveries has been increasing weekly,” said Pastor David Montgomery. “We have been serving two particular communities—Zimbabwean and Hungarian— as well as anyone else in need.”

In the borough of Rochdale, just north of Manchester in northern England, members of the Ashton-under-Lyne Church of the Nazarene answered John Wigley’s urgent call for help in delivering hundreds of meals daily to people who otherwise would not be able to eat during the pandemic.

Wigley had been part of The Soup Kitchen, a volunteer-led service managed by Sanctuary Trust, a Christian charity that partners with the Church of the Nazarene. Among the trust’s many ministries is The Soup Kitchen, which typically serves hot meals each day to about 50 people in Rochdale who are homeless or live on a very low income. However, when most businesses and services closed due to the pandemic, The Soup Kitchen closed, too.

“A lot of the people that access The Soup Kitchen rely on the service just to eat. There was a genuine risk of starvation for this cohort of people,” he said.

The last night The Soup Kitchen was open, March 24, they acquired addresses for 31 households, as sometimes those who are homeless find temporary places to stay with acquaintances or friends. Wigley and a friend delivered food to them, while implementing safety and cleanliness measures as advised by the government.

But Wigley couldn’t conduct daily deliveries and continue his full-time work as regional manager of the Sanctuary Trust. So he issued a call for help to the church, and 10 people volunteered to deliver the meals.

“The next problem was food,” he said. “We were running out.”

Several major supermarkets and the local council stepped in to donate food.

The distribution swelled beyond the group’s capacity. So, Wigley applied for a grant which was given to hire a full-time coordinator.

Naming the endeavor the Homelessness Network opens participation to any organization moved to be involved with the feeding program. As of the end of May, nine charities have gotten involved.

The food distribution ministry is viewed as a stopgap during the pandemic. Wigley plans to re-open The Soup Kitchen as soon as the stopgap eases and it can safely do so. 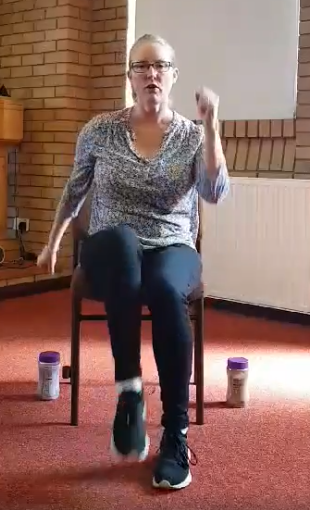 For six years, Clare McMullan has taught chair-based exercises to elderly people in the community, or those who are too frail for regular exercising. But when the pandemic required especially vulnerable people, including the elderly, to stay at home, McMullan moved the exercise lessons to the Morley Church of the Nazarene’s Facebook page.

McMullan is a qualified instructor in chair-based exercise, which aims to reduce the risk of falling for older adults, allowing them to remain independent in their own homes for longer.

“This is a government target, and the course I run was developed by physiotherapists and is recognised throughout the country,” she said. “The class is fun and we have lots of laughs, but it is vital in encouraging them to push themselves so that they continue to build their muscle tone. The other vital part of chair-based exercise is the social interactions, therefore helping to reduce the negative effects of isolation on their mental health, as most of the people who attend are single.”

The recorded exercise sessions on Facebook have reached over 150 people, McMullan said. Due to the positive response, she plans to continue posting video lessons even after lockdown requirements are eased.

But she is going beyond just posting video exercises. 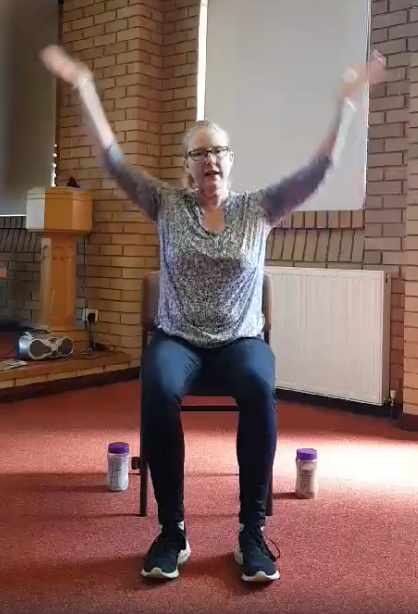 This article was written by Gina Grate Pottenger and previously published in the July 2020 edition of Where Worlds Meet.