Throughout the closures imposed by pandemic-driven stay-at-home orders, a church in Spain has been gathering people online twice a day for devotions, worship, prayer and short sermons.

“It’s our vision to have the church always opened so that people can come when they want and need to,” said lead Pastor Jorge Cabero. “When the churches had to close, we wanted to let people know that the church was still always open.”

The church building closed in March. At that time the pastor and his daughter, Beatriz Cabero, the worship leader, started looking for ways to take the church to the members. Little by little they were able to get the equipment they needed, launching daily morning devotionals and evening services Monday to Saturday, and two Sunday services.

“We actually started live streaming with my phone,” said Jorge.

“We were later able to buy a computer,” added Beatriz. “And, with the help of my sister, we were also able to understand what we needed to work on for the next services.” 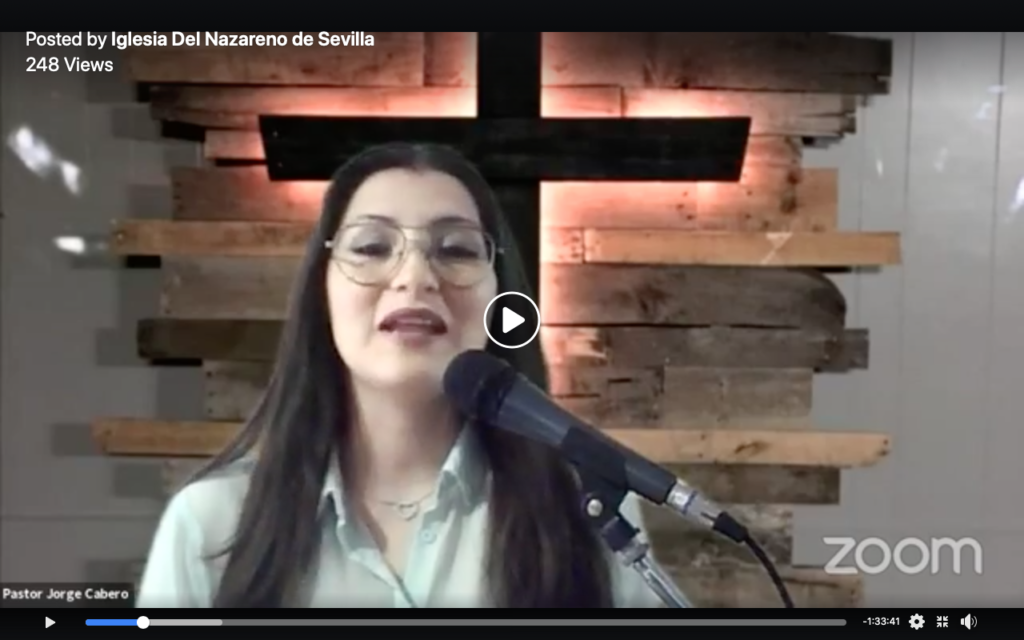 Jorge and Beatriz host the meetings through Zoom, and stream them live to Facebook and YouTube simultaneously. When the country was still under the state of emergency, the attendance during the morning devotionals reached 10 participants, and around 25 attended each night just on Zoom. The devotional topics included the church’s basic beliefs, such as the Articles of Faith or communion, while the evening services focused on faith and trials.

Taking the church online has expanded its ministry beyond their own congregation.

“We’ve had people with us from other Christian communities and countries,” said Pastor Jorge. “Some people weren’t part of any church, but we also reached people that had been away from church.”

Spain is entering the last phase of nationwide reopening on 8 June. But due to government rules, and the limitations of the church’s building space, services will continue to be livestreamed until the pandemic gets more under control. However, the church will be open to individuals who need help, or who need to talk with the pastor.

Because the live streams have been going well, the church will prepare itself to continue streaming every devotional and service. Many people, due to their jobs, are not able to attend. So, the livestream devotions and evening services provide them a way to connect.

The church will also continue to accompany those from other countries and cities that have become part of the church family.

This article is written by Nicole Almeida.