“As I was jogging for NES, I became mindful of the huge blessing this institution is for many families. I jogged with joy,” said Samia, an administrator at the Nazarene Evangelical School (NES) in Beirut, Lebanon.

While stay-at-home orders to slow the spread of coronavirus have generally halted, closed or cancelled many activities around the world, it actually expanded a fundraiser that started in Germany to include people in three other nations.

This May, the annual jog-a-thon, usually held as large group events in several German cities, could not take place as usual. Rather than cancel the fundraiser, organizers decided to open the event to anyone, anywhere, who was willing to find sponsors and then walk, jog or run individually in their location.

The event is organized by Nazarene churches in Germany,  in cooperation with Helping Hands e.V., a nonprofit organization in Germany that is founded and operated by Nazarenes. This May, more than 100 people in Germany, Spain, Lebanon and the United States walked, ran or jogged (and one person cycled) in the annual jog-a-thon that has so far raised more than 8,000 euro for NES.

Another (decentralized) jog-a-thon will took place in Berlin from June 7th to 14th. The “Berlin Joggathon” also will send 50 percent of its proceeds to the school in Beirut. 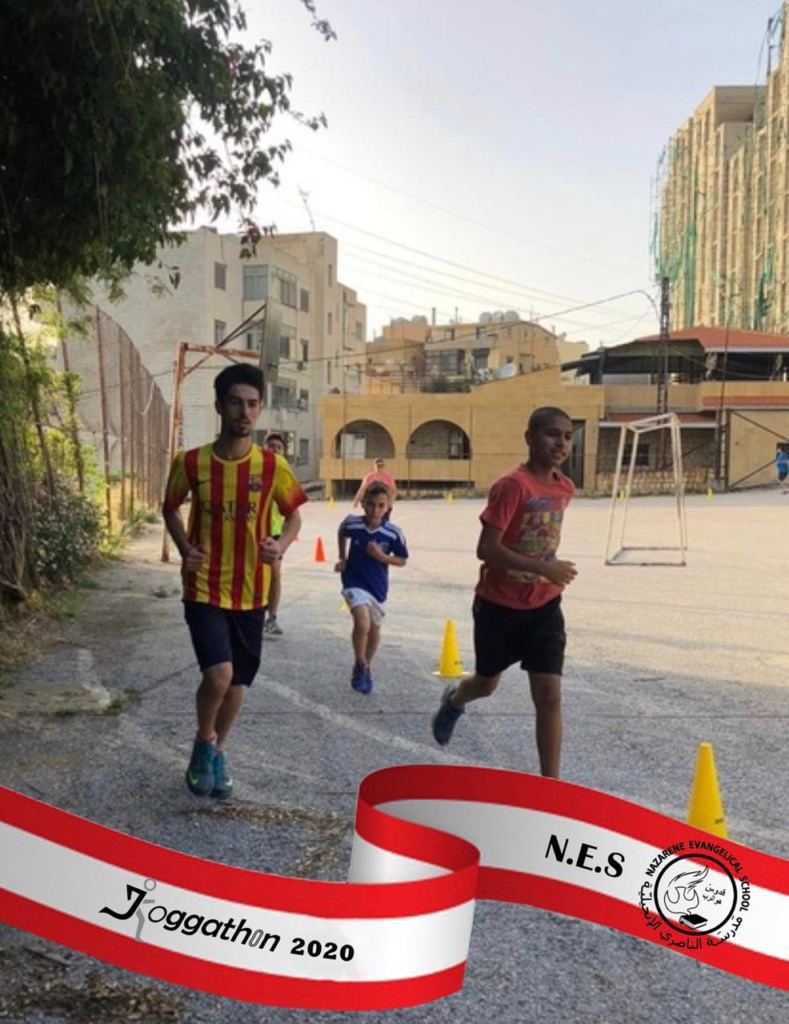 This was the first year since the jog-a-thon tradition began in Gelnhausen in 1986 for organizers to invite people from the sponsored project itself to participate in the fundraiser.

The school embraced the idea and promoted it heavily on its Facebook page. Sixty-eight joggers in Lebanon secured sponsors in Lebanon and Germany; the sponsors each pledged a certain amount to the project for each kilometer their participant ran or walked.

Among the joggers in Lebanon were 21 current students and one recent graduate, 14 teachers and administrators, and both the current and former school principals. The youngest runner was 3 years old.

The NES students, in particular, were enthusiastic about the idea of running together for their school.

“May I do flips and cartwheels, too? Does that count?” asked a student. After being told how a jog-a-thon works, he proudly ran eight kilometers—and ended with a somersault for the school.

For staff and students of NES, the event was about more than raising money to help fund needed renovations for their school. It was about helping to strengthen bonds of international friendship, and improving morale by sharing a sense of love and care across many miles.

“With the recent jog-a-thon event, teachers, students, and parents also learned that we have good friends in Germany who are trying their best to help NES,” said NES Principal Mshantaf. “The jog-a-thon has helped lift our mood, and has given us hope in the future. God used this event to remind us again of His care for this ministry. In more than one way, we continue to be Jesus’ presence for the kids in Beirut because you are Jesus’ presence in Germany.”

NES provides a high quality education to 230+ students, from kindergarten age through grade 9. Many of the students are refugees. The school suspended classes when stay-at-home orders began and, like many schools, provided home-based learning for students until the school year’s close.

“It was great from a psychological side and physical side,” wrote a teacher who preferred to remain anonymous. “Our minds weren’t on all the problems around us, but on the good cause that we jogged for.” 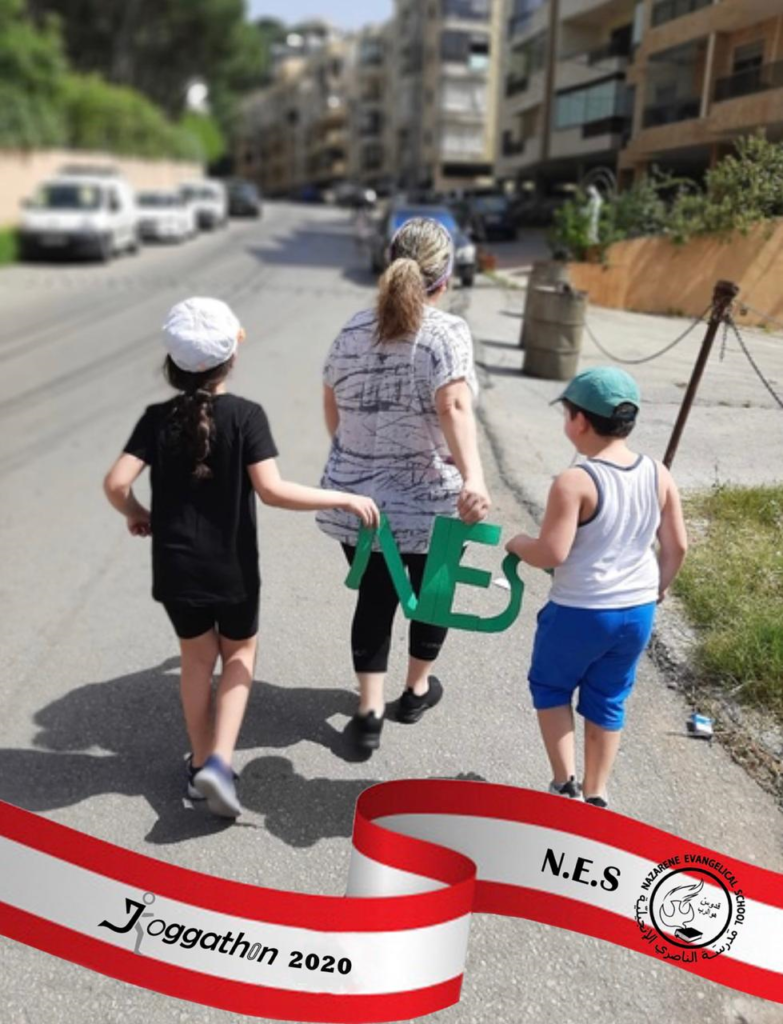 The runners in Germany were also enthusiastic about it, despite the changed format that was well received in this exceptional situation.

“Individually on the road, but for a common cause, especially brilliant under corona conditions!” said the Helping Hands’ secretary, Fabian Fuss.

Simon Bangert, chairman of Helping Hands e.V., summarized what many felt: “The Joggathon 2020 exceeded our expectations in many ways. Be it the strong commitment of the runners in Germany and Lebanon or the generosity of the sponsors, we are thankful that we were able to move so many people. Thank you.”

To donate to NES, visit https://ps.ncm.org/project/acm1269

This article is written by Gina Grate Pottenger and Dorli Gschwandtner and was previously published in the June 2020 edition of Where Worlds Meet.