Village deemed “too poor” for a church now has 250 believers

Village deemed “too poor” for a church now has 250 believers 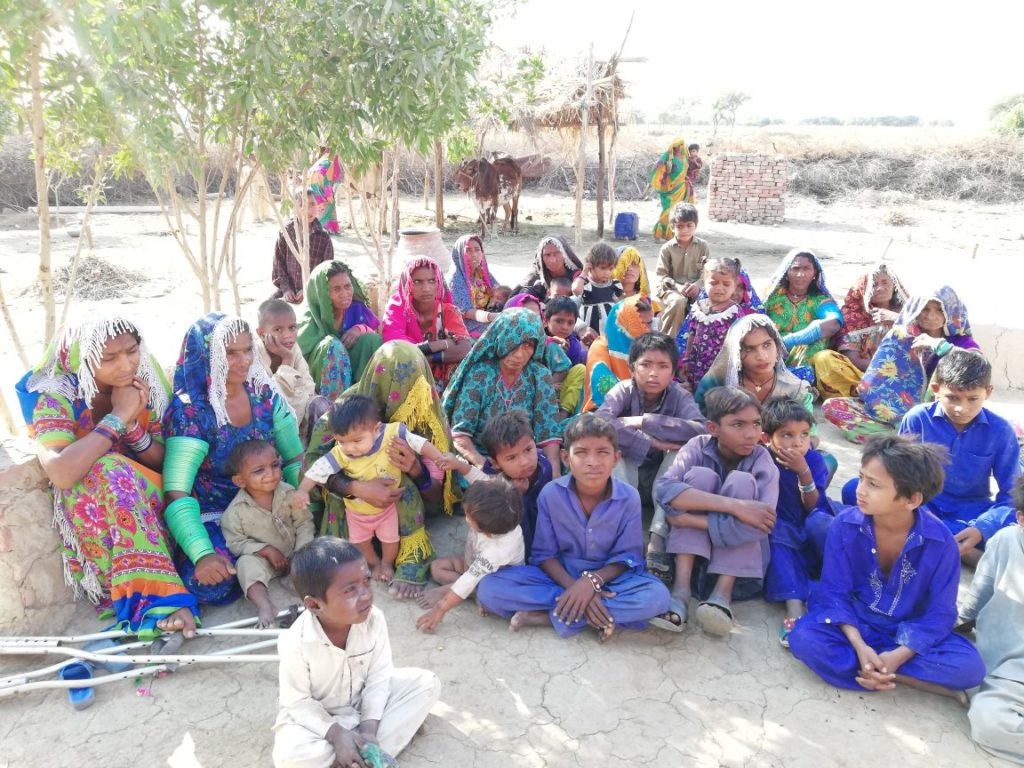 When denominations and nonprofits viewed one Pakistani village as too poor to plant a church, a local pastor refused to give up.

Thanks to his vision and the JESUS Film, 250 residents have given their lives to Jesus and formed a worshipping community. Now they are working toward constructing their own worship building to establish their legitimacy in the village.

This is their story.

Located in a desert area of Pakistan where farming is difficult and clean water is scarce, there is a village where people live in mud huts, do not have electricity or access to education.

Their poverty is so great that even local worship centers for their religion do not exist. As a result, most people identify with their religion as a family or cultural tradition without actually understanding or practicing it, according to a local Nazarene leader.

“For most people it’s about survival, and religion – or the practice of it – is not a priority,” a church leader in Pakistan explained.

In 2003, a denomination opened a seminary to train pastors in the village. Although a number of people were trained, the denomination’s leaders came to believe that the extreme poverty of the area made an evangelical mission to the residents financially impossible; it was said that any churches planted could never become self-supporting. After 10 years, the denomination left the area.

The Catholic Church attempted to work in the area, opening a school, as well. Yet, they were also unable to fulfill a vision to plant a church.

Raised by his family in their traditional religion, Pastor Obaid gave his life to Jesus as the result of the first denomination’s evangelism to his village. He and several other local men studied through the seminary. After the denomination left the area, they continued sharing the gospel with people as the Spirit provided opportunity. 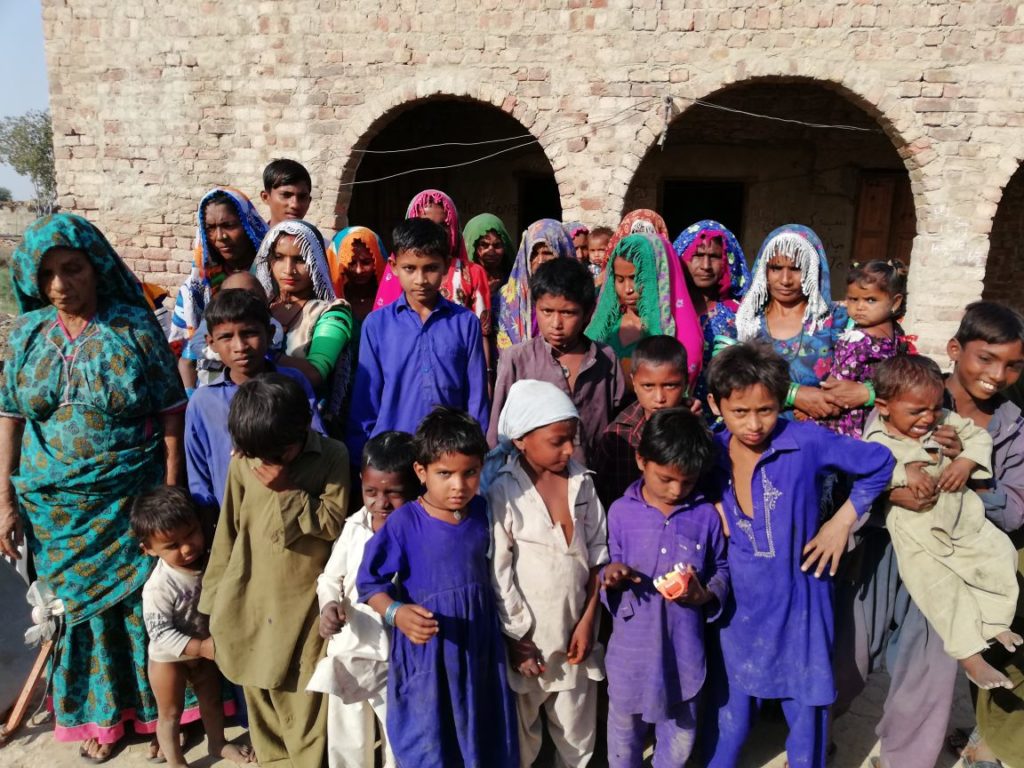 Pastor Obaid had a vision to bring the gospel of Jesus to the entire village, even after other churches had given up.

“He had been praying for years for someone to come and say they wanted to start a church,” a church leader wrote.

Pastor Obaid’s prayers were answered when Nazarene Pastor *Kaleem became acquainted with him.

“The Nazarene Church was the first he met that said they want to begin a church.”

“In his village 250 people came to know the Lord and since then more have come to accept Jesus,” wrote a church leader.

According to Nazarene leadership in Pakistan, the Church of the Nazarene is the first to go into this area with the main focus on evangelism, church planting and constructing worship centers.

A place for worship

Now numbering over 300 people, the new believers have worshipped God outdoors because they cannot afford to construct a church building. 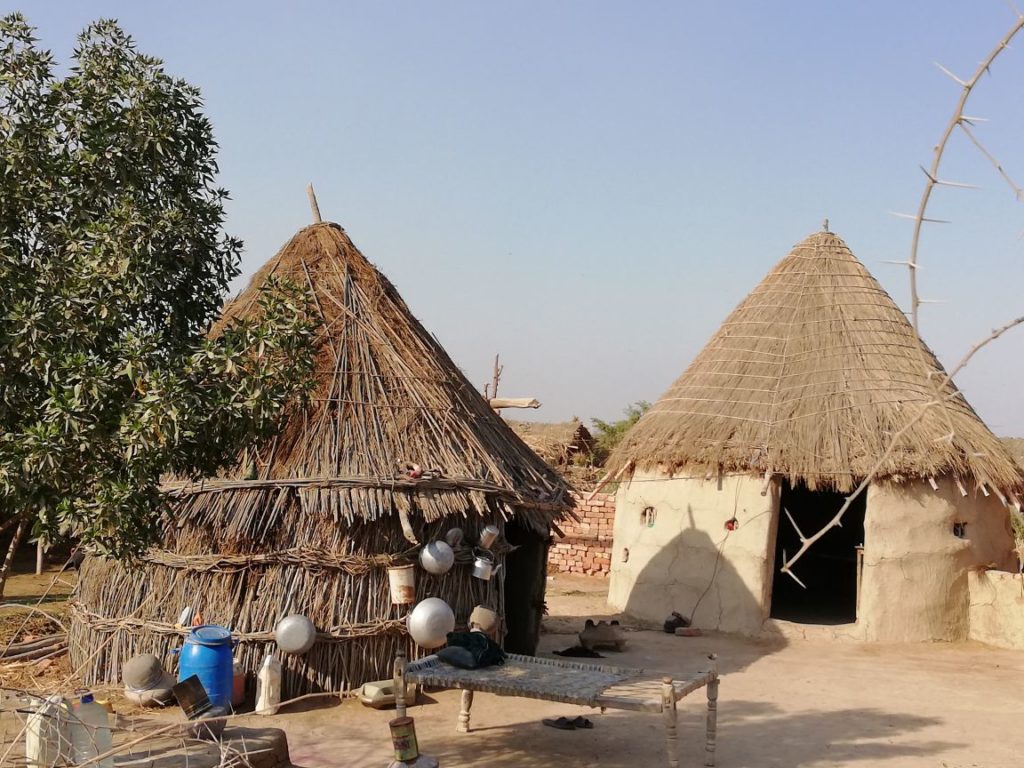 “It is hard to quantify how many come, as the heat and environment is not conducive to open air worship,” said a local leader. “Most of the men also leave during the harvesting season, as this is the only work, and on most Sundays the attendance is older people, women and children. Since these are new believers and very uneducated, even by Pakistani standards, the work is really new and challenging without a place to properly worship.”

Pastor Obaid and the other leaders are persisting in the demanding work of discipling them.

For many of the new believers, departing from their family’s traditional religion has caused family conflicts over things such as declined marriage proposals because of a new difference in faith. Some don’t know what ceremony they should follow for a marriage.

“Some of the challenges faced by the pastor [include] keeping the people motivated, as having no place of worship makes it hard to get everyone together,” a local leader said. “Because their [previous] faith did not require any work and they did not have the habit of going to the [place of worship], it is difficult for them to understand the need to come to church on a Sunday when there is no building and they are just surviving day to day.

“Right now the pastor and leaders are working hard to give them hope and to learn about Jesus and to trust in him. They need to learn about God, the Bible and what it means to love and follow Jesus.”

A church of their own

Recognizing that, in order to preserve the harvest they have been given in this village, a church building is critical, Pastor Obaid and a few of the residents sacrificially donated parts of their own land in hope that God will provide additional resources for constructing a church there.

God has provided. A generous donor gave the funds required to build the church, which, when completed, will have space for up to 400 worshippers.

“Our district superintendent and leadership team believe that if we plant and build a church, we will have a firm foundation on which to increase our work and win the area for Jesus. We have recently requested funds to put ‘hand water’ pumps in a few villages and are praying that some our Nazarene family will respond as the need for water in this desert region.”

The new worship center for the church is one of many Nazarene church buildings proposed across Pakistan, many of which still await funding.

“The story of [this village] is the story of many other communities in Pakistan where the district superintendent and his team trying to work together with the local church leaders to build places where people can come together and worship the Lord of Lords,” said Trino Jara, field strategy coordinator for South Asia, of which Pakistan is a part. “This is a partnership between the local church and the mission of the church, as well as people around the world who invest in this precious ministry. The Church of the Nazarene in Pakistan is growing, and with this the need for more buildings.”

The district superintendent also expresses gratitude to Mr. Iqbal, Miss Nuzhat, Rev. Imran, Rev. Ijaz, Pastor Sohail and the JESUS Film team, saying, “Without these individuals, we would not be in that area, working, and being able to report back how God is at work to bring transformation to this community.”

Partnering with the global church

While it is not possible for Work & Witness teams to travel to Pakistan, churches around the world are welcome to contribute the resources necessary for churches in Pakistan to construct their worship spaces, or help to install water pumps for providing clean drinking water.

Restoration Church of the Nazarene, Bedford, Indiana, USA, raised funds to install four water pumps in four different areas around this village where diarrhea, cholera and other diseases are common in infants because the water is polluted.

“The people here, especially the women and girls, used to walk hours to collect water for their families,” a local leader reported. “The water wasn’t safe for drinking and cooking, and simply keeping themselves clean often made people sick. The community is thankful to the Restoration Church of the Nazarene for their help. People here are walking significantly less every day to collect water. Most importantly the water they bring home is safe enough to drink.”

This article is written by Gina Pottenger and previously published in the December 2018 edition of Where Worlds Meet.