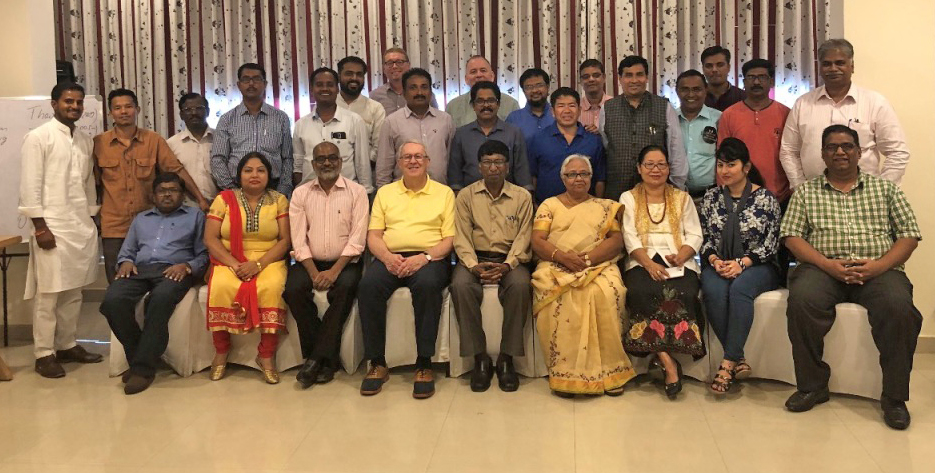 BANGALORE, INDIA — Twenty-four participants representing 10 different language groups from India gathered June 25 to 29 for a Manual Translation Summit to work together on translating the Church of the Nazarene denomination’s most important identity document– the Manual.

Although the Church of the Nazarene has existed in India since 1898, almost 120 years later most of the district superintendents and pastors across India have used the English version of the Manual.

Maharashtra was blessed to have the Manual translated in Marathi for the first time in 1958, and then received its next version in Marathi in 1989. From then on, it has received excerpts in smaller forms, but not the whole copy. The other language widely spoken in India that routinely receives a translation is Hindi, into which it was translated recently. But India is a multi-lingual country with 15 districts, in existence and the denomination is growing across India. The need is to have the Manual in all the languages.

Thanks to the Manual Translation Summits, which are a new way that the denomination is working to more rapidly produce translations of the Manual, Eurasia Region Literature Coordinator Nikolaj Sawatzky said, “Never before were translations of the Manual of the Church of the Nazarene completed as soon after a General Assembly as in this cycle; never before could constitutional changes be voted on in district assemblies as early as in this cycle.”

General Secretary Rev. Dr. David Wilson, Nazarene Publication President Rev. Dr. Scott Stargel, and Sawatzky realized that if growth is to be sustained according to the Nazarene denomination’s holiness doctrine, then the Manual needs to be in the hands of every pastor in every language of India and South Asia.

On the summit’s final day, almost all the language groups finished translating the denomination’s 16 Articles of Faith, Agreed Statement of Belief, as well as lexicon terms. Some of them even uploaded all the terms to the online lexicon and others are working toward uploading them.

The presence and involvement of the former South Asia literature coordinator, Rev. Santosh, was appreciated. Rev. Santosh said, “It is an honor to be able to serve the Church in this capacity and produce some material. Though I am retired, I am still available for any help in regards to literature and education. That is where my heart is.”

“One of the highlights of the summit was the presence of a whole new language group on the field – the Malayalam people,” Sawatzky added. “They represent a new work of our church in India and therefore they do not have a single document or resource translated in their language yet. It was exciting to see how they eagerly were translating the Articles of Faith for the first time in their language.”

On the last day, all of the participants assured their commitment to the complete translation of the Manual. Soon, we will have an entire Manual in all the major languages of India and South Asia.