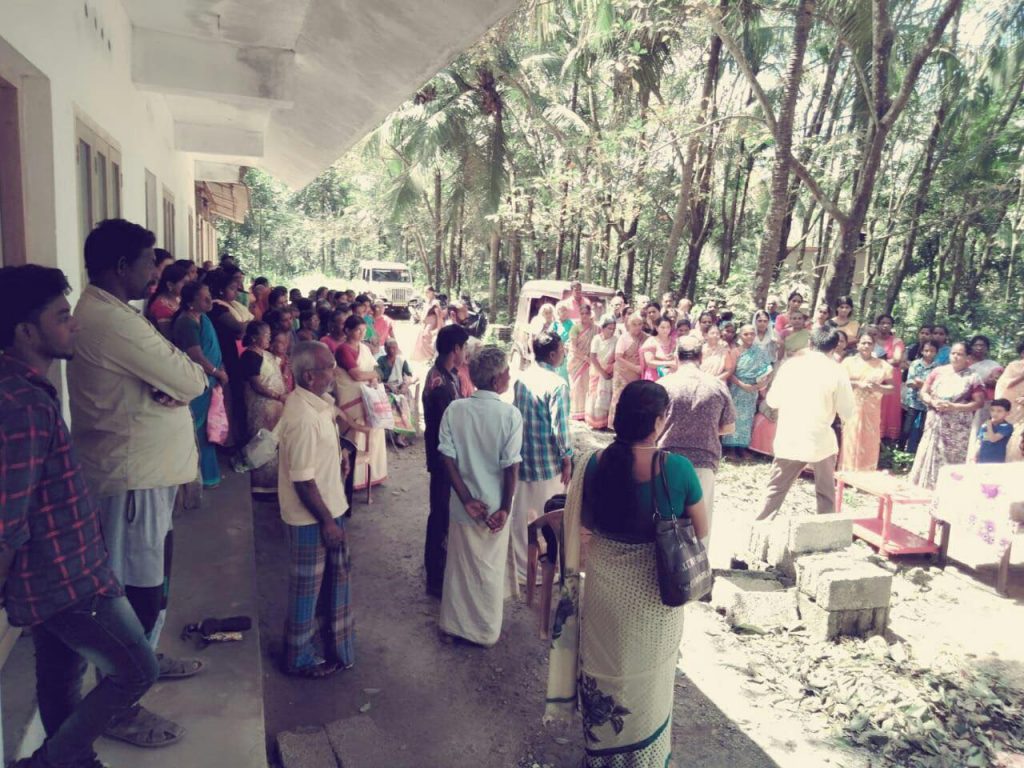 More than 400 are reported missing, nearly 400 were killed, and 1.2 million people have taken refuge at relief camps in India’s southern state of Kerala, where there are 11 Nazarene congregations.

Reported as the area’s worst flood in a century, the August natural disaster was caused by the early onset of season monsoon storms that poured down 40 percent more rain than in an average year, including 10 days of continuously heavy rain, according to Reuters news service.

“Dams and water reservoirs became full. On August 14, the government gave alerts, and in the night many places had landslides, earthquakes,” wrote Rev. Abraham Daniel, a Nazarene pastor in Kerala. “Our state was under water for three to 10 days, only few places escaped. People lost their clothes, documents, houses, all their possessions.” 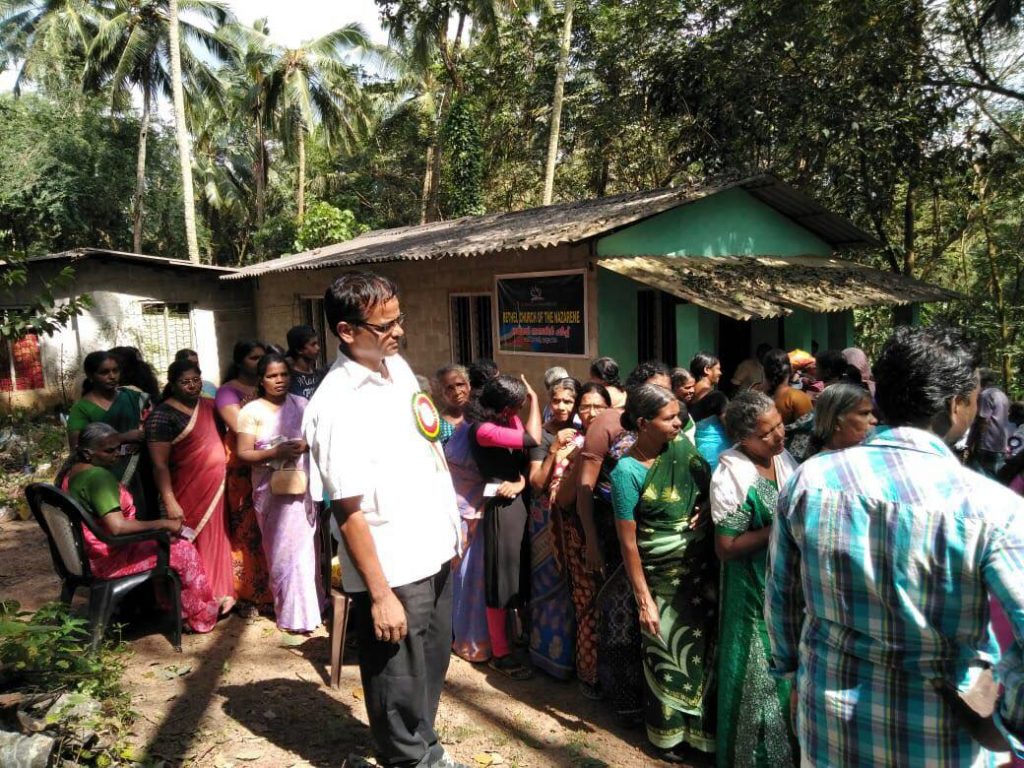 “We visit them every day to pray and comfort,” Daniel wrote. “Yesterday, I visited two villages that so far nobody had visited. Still, there are people nobody has reached. We need people who can contribute, money, clothes, utensils, mattresses, school bags, etc.” 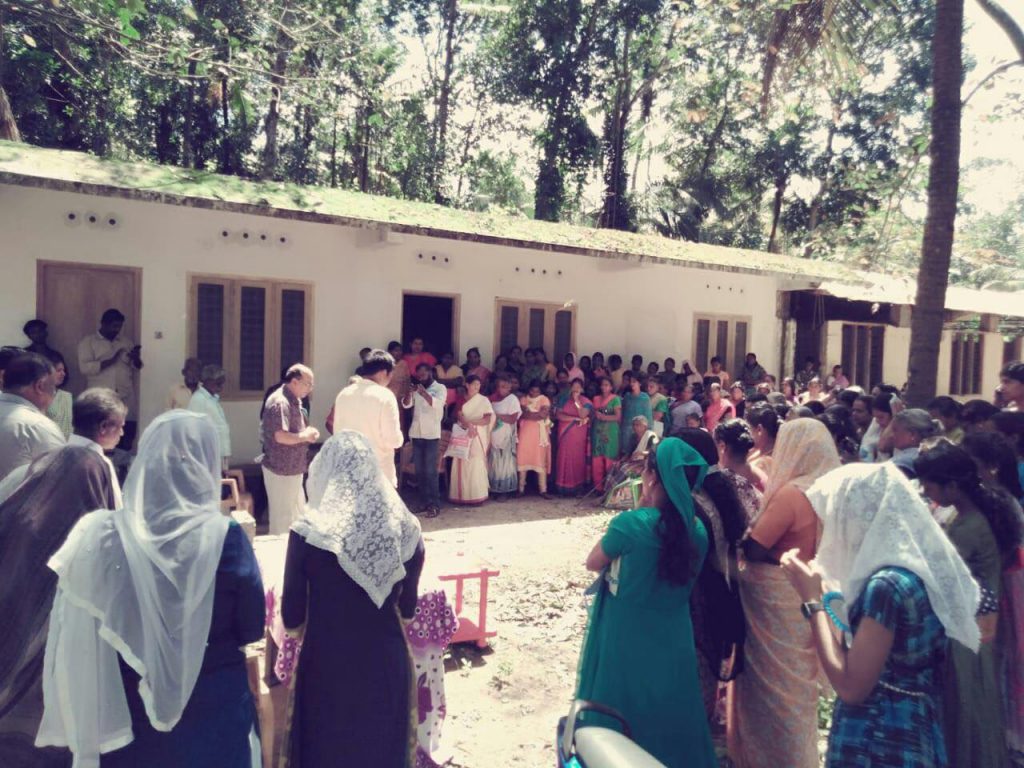 “We know there are many non-government organizations and government agencies, but we, the Church of the Nazarene have a great part here,” Daniel added. “People and the government have acknowledged our presence here.” 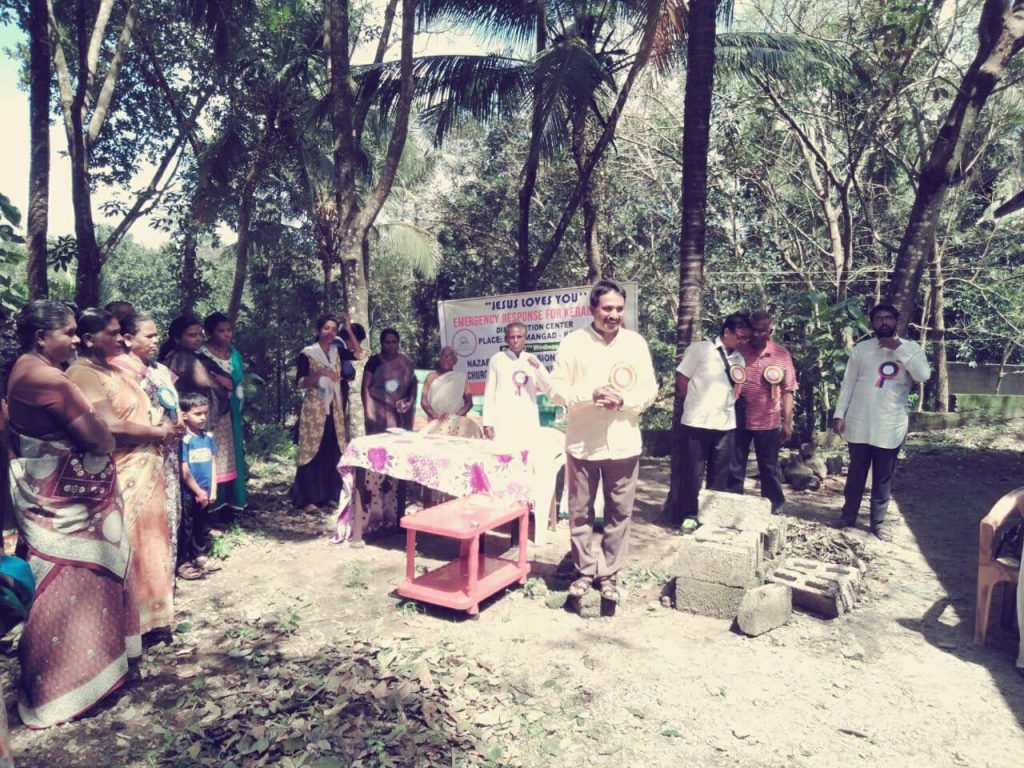 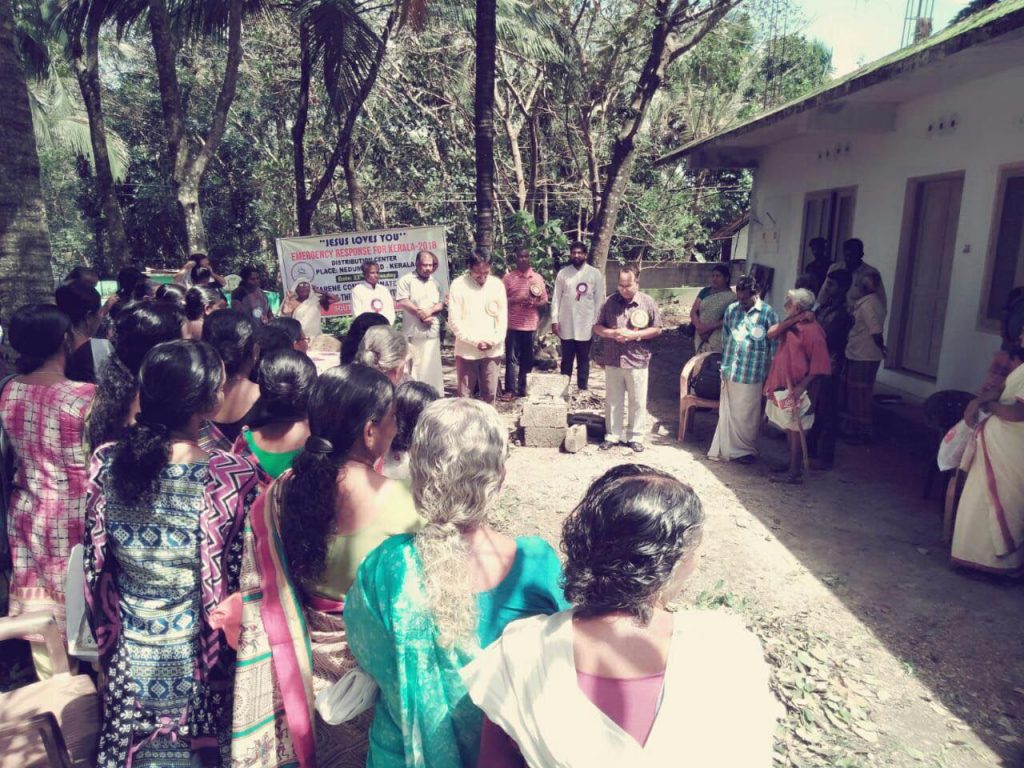 Das is planning to conduct a second phase of relief and redevelopment work starting in mid-September. 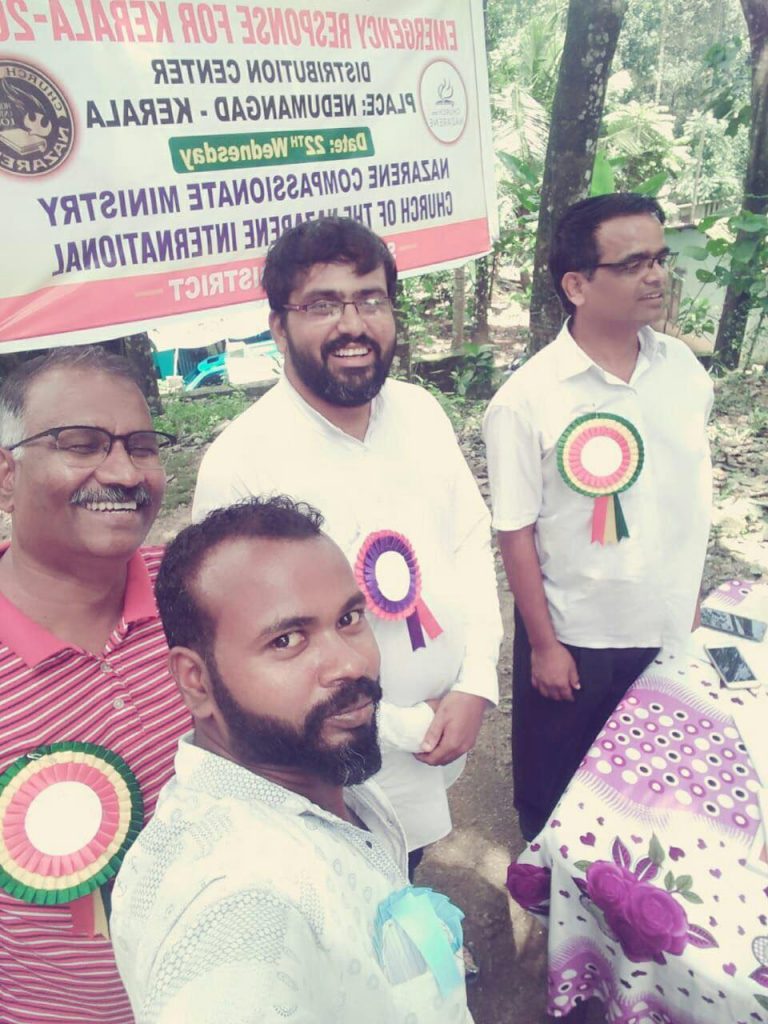