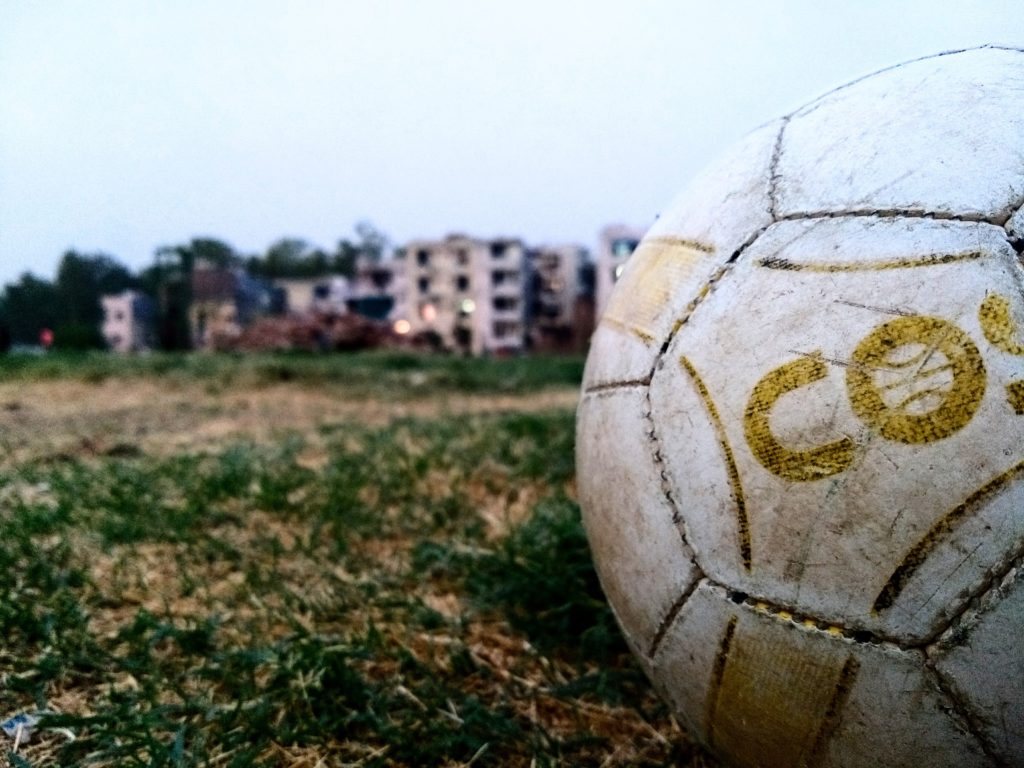 While serving at a Nazarene school in the Middle East, *Genesis helped to connect the school with a local Christian nonprofit organization that is now offering football (soccer) clinics on Saturdays to the students, as well as local refugee children.

Originally from Argentina, Genesis’s parents served the Nazarene church in several countries, including Mozambique (in Africa). So Genesis grew up adapting to and enjoying a variety of cultures, sometimes living in areas with a high percentage of people who follow other religious traditions.

Following graduation from a master’s program in the United States, she expressed a desire to serve refugees in a cross-cultural setting. The Eurasia Region welcomed her to a major city in the Middle East. In her first year there, Genesis has found her multi-cultural background – as well as her Argentinian heritage – to be an advantage in understanding and adapting to the Arabic context.

Genesis serves in the local Nazarene church, and works at the Nazarene school during the week. She noticed a lack of Christian volunteers to support the school’s work and meet the students’ educational and spiritual needs.

“I was trying to get volunteers in,” she said. 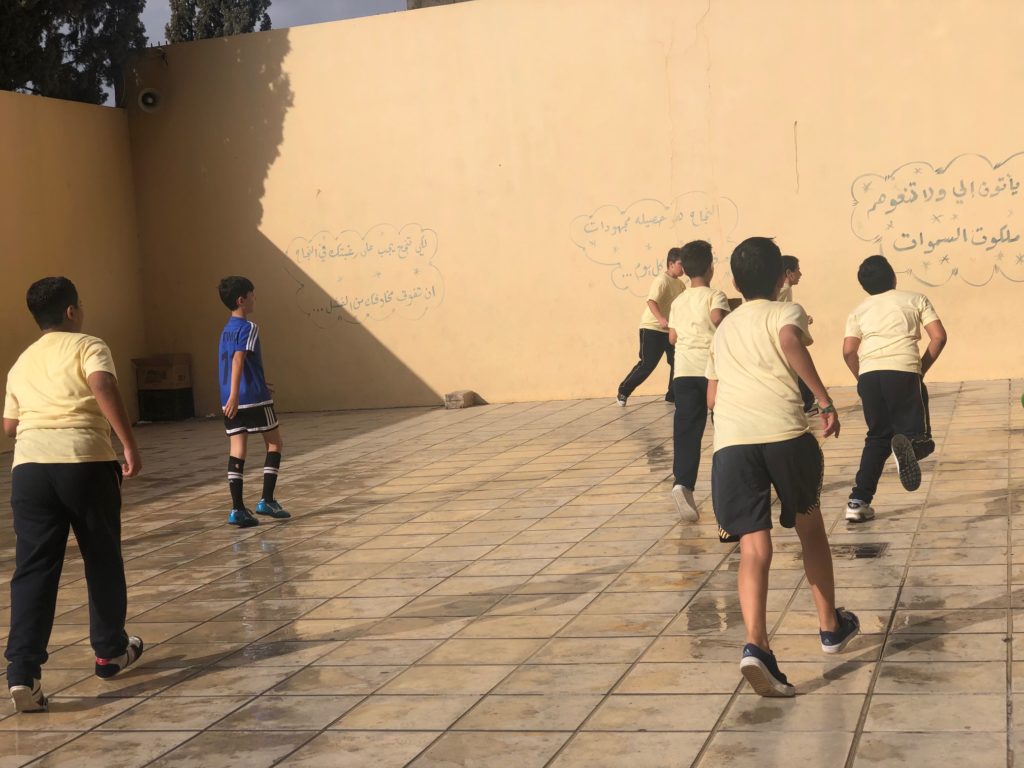 On Fridays, she attends a Spanish-speaking congregation where she met people from across South America, including Brazil and Argentina. That’s how she befriended the families who run the nonprofit organization, which serves the community by teaching English, Spanish, graphic design, sewing and other skills or activities. They were considering adding football clinics for Sudanese refugees when Genesis told them about the need for extra support at the Nazarene school. They wanted to help. They had also been looking for a good space to host their football clinics, and the school has the space they need.

The school welcomed the organization to use its space on Saturdays to provide the clinics to interested students, as well as a number of Sudanese children living in the neighborhood, whose families fled to the country as refugees from war in their home country.

Each Saturday, the coaches talk to the boys about a value like “respect” or “cooperation” and how to implement it in their everyday lives. They also thread this theme through that day’s soccer training.

“We’re hoping to do more days next year,” Genesis said. “It was a trial for a month, but it’s been almost two months. They want to do an official agreement with us. So we’ll probably pursue that. They want to invest in the school and they know other people who would invest in the school. The nonprofit has also brought a volunteer from Italy who used to work in professional soccer. She will be here through February.”

The clinics are only offered for boys (for now), as boys and girls in this culture often do things separately. So, the organization is discussing offering a sports clinic for girls, or self-defense classes. t

This article was written by Gina Grate Pottenger and previously published in the February 2020 edition of Where Worlds Meet.