Elena Shestakova was taking an online class through European Nazarene College when her pregnancy was stricken with complications. Doctors confined her to a hospital bed for several weeks to protect her health and that of the child.

Fortunately for Shestakova, her class was offered online in the fall of 2016, allowing her to still be at home when the health crisis came, rather than hundreds of kilometers away at the Ukraine District’s EuNC learning center. It also allowed her to complete the class in spite of her hospitalization – which thankfully concluded with the delivery of a healthy baby.

The CIS Field’s new centralized online learning program, which rolled out in January for Russian-speaking students in three countries, now offers the same benefits to all EuNC students in the field for every class.

Shestakova was one of nearly 80 people in the CIS who enrolled in January’s course. This unexpected number of students required Andrey Khobnya, field education coordinator, to bring in three more teachers and split the class into four smaller groups. Subsequent courses have seen enrollment as high as 49.

The large number of students in each class confirmed that the new approach to EuNC’s online theological education in the CIS Field is meeting the needs of students, such as Shestakova, who are seeking to finish their theological education more quickly than they could before. EuNC offers four different programs: a Certificate and Qualification in Spiritual Formation, and a Diploma and Qualification in Christian Ministry. 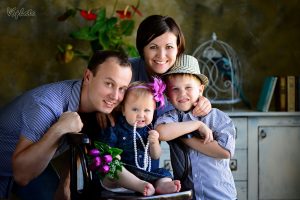 Prior to January, while some of EuNC’s classes in the field were offered online, many were limited to four physical learning centers. The students needed to travel hundreds, sometimes thousands, of kilometers to reach their center, which can be costly. The students would have to take time off work and away from family. The teachers could only instruct the students in one learning center at a time, which meant the other centers had to wait for a course until the teacher was available to travel there and teach it.

“We had to run four separate programs at the same time, and having a limited amount of faculty, it meant that we could not teach courses constantly in each location,” Khobnya said.

If one student was not available at the same time as the teacher, the students sometimes had to wait up to a couple of years for the class to be offered again at the center. The goal of centralization for Ukraine, Russia and Central Asia is for all CIS students enrolled before January 2017 to graduate by 2020.

In Armenia, students require courses taught in Armenian rather than Russian, so the learning center will continue to offer Armenian courses on a separate schedule.

“The new form of online education allowed us to do this in the schedule in which we exist,” said Roman, a student in Central Asia. “Otherwise, I just could not do it.

Roman serves actively in his local church’s children’s ministry. He first enrolled in 2004 and is still trying to complete all his courses.

Shestakova compared her experience with EuNC to that of studying in a trade and economics institute, where the quality of education was tainted by corruption.

“Education was greatly reduced to how much you need to pay to pass exams, tests, etc.,” she said, “At EuNC, everything was the opposite. Honesty beyond reproach! And here it is possible to challenge yourself, your abilities, your diligence.” 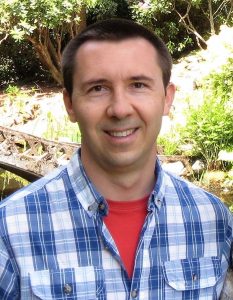 Khobnya said the next goal for education in the CIS Field is to develop its faculty so that there are enough qualified Russian- and Armenian- speaking teachers that it is not necessary to rely on international faculty to teach courses.