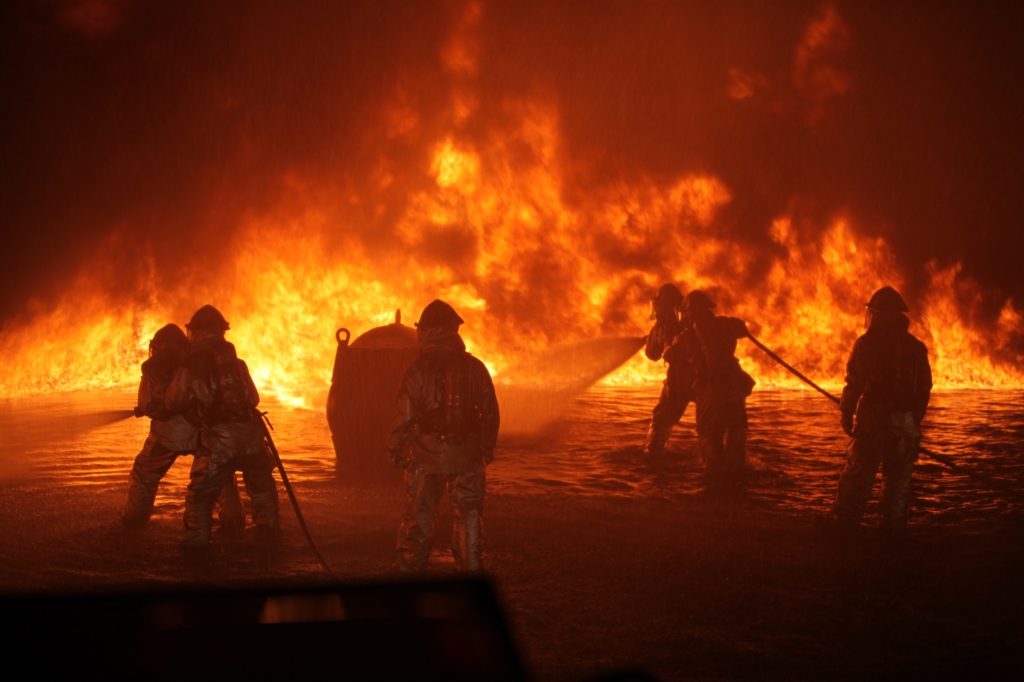 In October, hundreds of fires erupted in the Lebanese mountains.  Thousands of people had to leave their homes, at least one volunteer firefighter died, homes were burned to the ground, and forests were destroyed.

A local Christian priest of one of the affected villages in the mountains described the nights of Monday and Tuesday as “hell.” By Tuesday noon, things were getting out of hand. Lebanon called neighboring countries for help. The fires did not seem to be abating.

I am part of my district WhatsApp group (made up of four Nazarene churches in Lebanon) for leaders and pastors. On Tuesday noon, as the fires continued to rage, people on the group agreed, “Let us pray for rain.”

It just happened that I was writing a theology college course on the Kingdom of God in the New Testament. Kingdom is God in action. Kingdom is the church – God’s hand – in action. So I wrote back: “Besides praying, is there more we can do to help in some way? Perhaps send volunteers to put out the fires? Send food for the firefighters? Do something?”

Our district superintendent (DS) Rev. Andrew, who has a great heart for ministry and caring for the poor, replied: “We know how to help refugees, but what can we do with a fire?”

He was right! We have zero experience in fighting fires. We have countless years of experience (thanks to the many wars we have witnessed) in serving refugees. Is it the church’s role to fight fires? Are we to intervene in every social or environmental crisis around us? When do we say, “This is our job,” and when do we say, “Sorry, we can’t do anything about this”?

We agreed to form an emergency committee: Me, two other youth, and Rev. Andrew. One of us knew how to contact the people on the ground fighting, who told us that the greatest need was for food. Hundreds of volunteers had been fighting the fire for over 24 hours with little food and water.

We can help with food and water! Our church has a restaurant that cooks and serves food for the poor (read the former article about the restaurant ministry: https://tinyurl.com/yzb86nnk). A local Baptist church offered to help fund the meals. Nazarene Compassionate Ministries said they can help us purchase ingredients and food, too. Our cooks started cooking.

On that same evening, barely six hours after the call for prayer had been issued, two church vans full of seven youth, Rev. Andrew, and 100 hot meals headed into the Chouf Mountains to deliver dinner to the firefighters and volunteers. As they made their way into the burned and burning mountains, rain began to fall.

The next day religious (Muslims and Christians) and non-religious people were deep in discussions on social media, in their workplaces and homes: was the falling rain a miracle from God, or was it a natural event?

A young friend of mine stopped me Wednesday morning: “Help! My friends are arguing over WhatsApp! A believer is vehemently stating that it was God who sent the rain. My other friends are replying that rain is natural. God had nothing to do with this.”

I gave the usual lecture about believing that God operates in all things. Miracles are from God, but so are natural events and all the good things in this world. Over in the church WhatsApp group and among my Christian friends, there was much festivity in thanking God for the rain.

Did God send the rain?

Surprisingly, I found the second question harder than the first. It was easy for me, almost natural, to argue that the church should move into action to help in a time of need. Even if we don’t know how to put out fires, we must help! We can’t stay put! It was harder for me to make sense of the rain, whether it was an answered prayer, and religious people boasting in 2019 that their God had sent the rain to put out the fire.

Perhaps it is an issue of language. Let me start with the tangible event: the church sending food to the firefighters. Was that the work of God? Obviously, yes. God had moved his church. Now to the second event: the rain, a natural occurrence in mid-October in Lebanon, falling to quench the fire at the time of greatest despair. Was that the work of God? Not obviously, but from a theological and pious viewpoint, yes. A resounding “yes.”

Perhaps in more Kingdom language, the church moving to help the volunteers was an act of imitation of what God has always been doing, taking care of His world. Rain, shine, and all aspects of life in this world are God shouting out His Lordship and care over the earth.

The church sending two vans with 100 meals is the church resembling her God, shouting out His Lordship and care over all the earth. What a blessing that the two events happened at the same time.

This article is written by Nabil Habiby and previously published in the January 2020 edition of Where Worlds Meet.