In early March, Josh and Shannon Herndon were picking up a few things at their local grocery store in Brasov, Romania, when Shannon received a call from a friend: the country would go into strict lockdown at midnight to curb the spread of coronavirus.

“It was a sense of panic I felt in that moment,” Shannon said. “We didn’t know how long we’re going to be locked down or what the requirements were going to look like. I immediately changed my shopping to what we would need for the foreseeable future rather than the next few days. Within 24 hours, we were in a tight lockdown.”

While about 50 Nazarene missionaries were displaced outside their assignments by the sudden shutdowns, hundreds more, including the Herndons, were locked down at their assignment.

In Romania, police strictly enforced the lockdown. The government allowed just five reasons for people to leave their homes, including buying food, seeking medical care and walking pets. Violations could bring large fines and even detainment in jail.

Karis and Kaeden initially walked down the street to the park each day, which was allowed. But they soon tired of being stopped and questioned by the police during every outing. After a few, weeks they stopped going out at all. 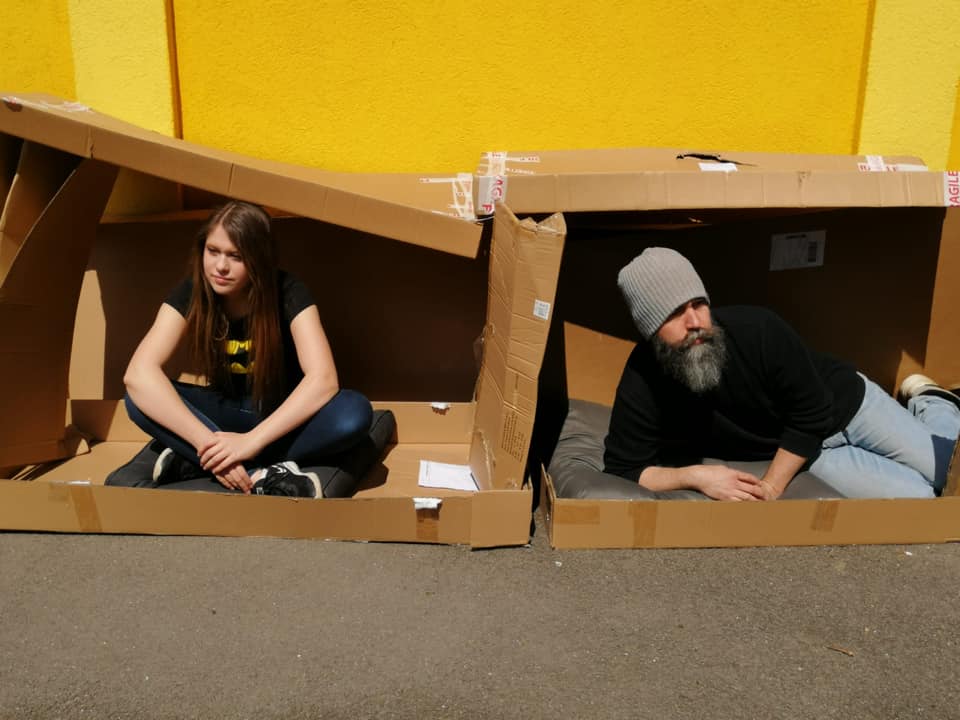 The country’s airports closed for months. The Herndons experienced tension in knowing that, if there were a family emergency outside of Romania, they could not travel to help, or even attend a funeral.

“That is the first time I had felt that,” said Shannon, whose family has also served as missionaries for many years in Spain and Greece. “Mission work in the modern day means you’re very mobile. You can get where you need to go. So we had never been cut off like that before. That felt strange.”

Shannon said that Josh, as a profound extrovert, especially struggled with the lockdown.

“He didn’t have that outlet of other humans to be around.”

Josh and Karis devised a creative project to keep themselves occupied: A “photo of the day” to share on their social media pages. Called “The Extrovert Survival Guide,” the 52-day series involves hilarious scenes of Josh and Karis acting out their feelings about the not-so-funny experience of isolation. In one photograph, they load a toilet paper cannon. In another, the two crouch in large cardboard boxes, illustrating the feeling of being “boxed in.” In yet another, Josh looks like he is trying to fly away with a kite, while Karis holds the string.

“They just tried to make light of the situation. It was a good way to engage people and have something fun to do,” Shannon said. “It sparked lots of conversation with people globally. We’ve had a lot of people say, ‘We wish you would lock down again to do those photos,’ and Josh was like, ‘I might lose my mind.’”

In Brasov, there is not yet a Nazarene work; the closest church is 90 minutes away. Shannon administers compassionate ministries and Work & Witness (https://nazarene.org/workandwitness) in the country; she managed the logistics of canceling the six Work & Witness teams scheduled for spring and summer. The child sponsorship programs (https://www.ncm.org/holistic-child-development) were suspended, and the funds were diverted to food packages for the children’s families.

Josh is the district superintendent for Romania, but he could not leave the city to visit the churches or members.

“We were isolated from the people we minister with,” Shannon said. “Being cut off from people we work with and know was a really strange feeling.”

The three Nazarene churches shifted quickly to online services and gatherings, which the family joined. The Bucharest church delivered care packages to struggling families. The women residents of a Nazarene-founded shelter for trafficking survivors donated their small monthly stipends to the Bucharest church’s coronavirus relief fund.

“Here they are, coming out of these horrible circumstances, and they saw the needs of other people, and they sacrificially gave everything they had to make sure other people had their needs met,” Shannon said. 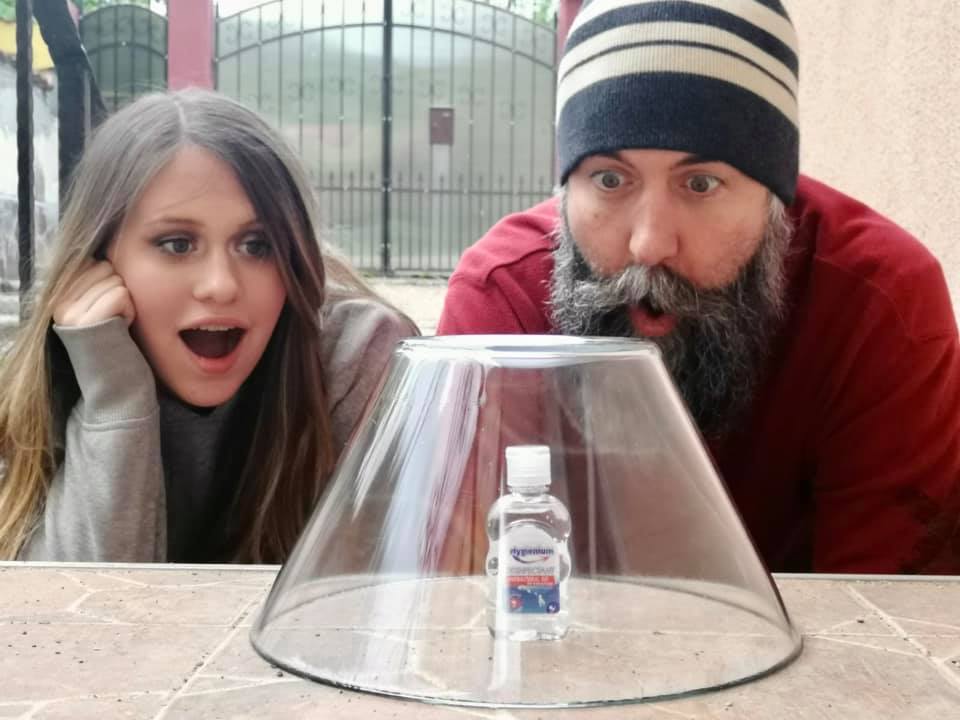 Near the end of the three-month quarantine, the family had routinely drifted into different rooms of the house for alone time, or to video conference with friends or in meetings.

“We had had enough of just us four,” Shannon said, laughing. “Thank God for the Internet. That was what kept us all connected and sane.”

The family used video conferencing to communicate with the rest of their family, who were experiencing similar isolation worldwide. Josh’s brother and sister-in-law are missionaries in Africa. Shannon’s parents are missionaries in Bulgaria, and her sister’s family lives in Hawaii.

Local churches increased their communication with the family.

“The churches in the States tried to be more proactive in reaching out, whether it be through an email or a note on Facebook, through Zoom, or inviting us into small group meetings,” Shannon said. “We had some churches give us Amazon gift cards so we could rent movies because we were stuck at home and there was nothing to do. It was a blessing to see, throughout the entire course of the lockdown, how the church came together for encouragement and support. We are in more regular contact with churches than ever before; it’s more continuous, and I see that as a positive thing.”

Romania began to lift the strict lockdown in June. Karis and Kaeden, who had already begun attending an online school the year before, returned to school as “normal.”

The first thing the family did, when they were allowed, was to get take-away coffees from Starbucks.

“It felt normal to have a coffee in our hand and walk around outside the mall – because the stores were still closed.”

This article was written by Gina Grate Pottenger and previously published in the October 2020 edition of Where Worlds Meet: