Called from Russia to Latvia

Called from Russia to Latvia 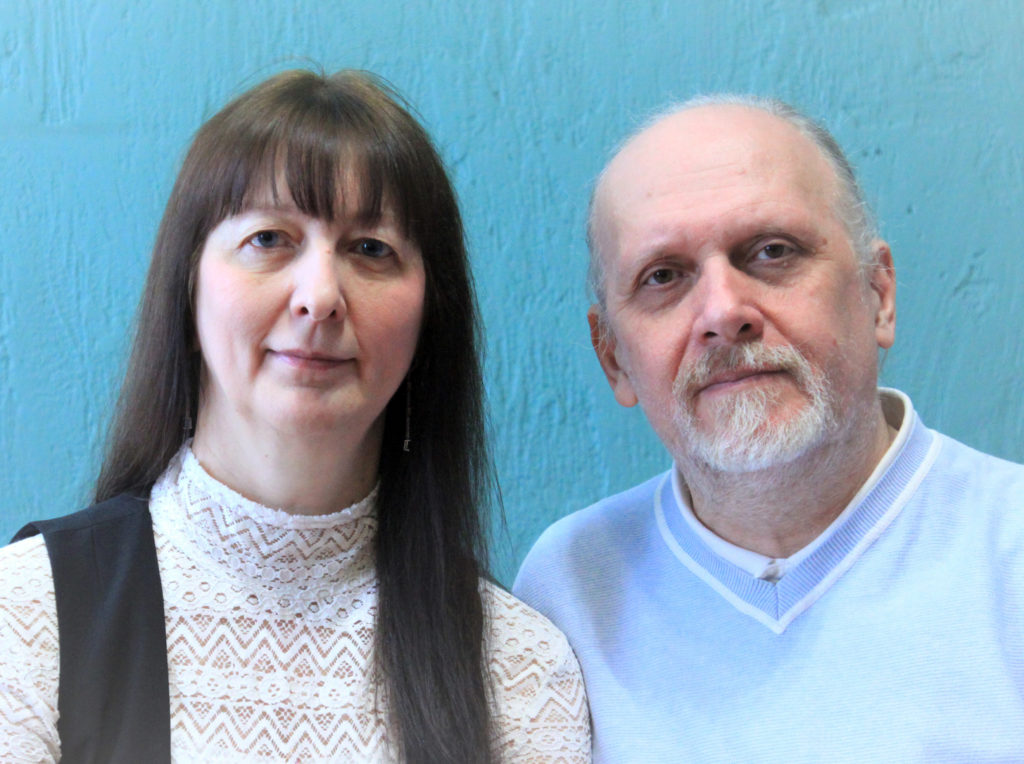 A couple’s call to mission, and the Church of the Nazarene’s desire to establish its presence in a new country, align in Riga, Latvia.

Olga and Aleksei Druzhinina have long served the Church of the Nazarene from their home in Saint Petersburg, Russia.  But two years ago, they began to feel drawn toward cross-cultural missions.

The couple has been working in European Nazarene College’s theological education, and Alexei was also involved in their local church as a Sunday School teacher.

As they prayed for a place to serve, they sensed God pointing them toward Latvia, specifically its capital city, Riga, as church planters.

“At first, we thought it was strange and that it was all in our head, but we decided to speak with our pastor,” Olga said. “During the same time, an M+Power training was happening in Moscow, and we went. While we were there we spoke with Scott Rainey, the CIS Field Strategy Coordinator at the time. He told us that God had told him to send someone to Riga, Latvia. And that was when we knew it was definitely God.”

M+Power is an opportunity for short-term, cross-cultural volunteer service in the Eurasia Region of the Church of the Nazarene Global Missions. After they spoke with Rainey, the Druzhininas applied for residency documents in Latvia. For Russians, receiving a Schengen residency, which permits travel to all European Union Member Countries, is not always easy. But God can open any closed door.

“People told us that is was impossible to get the residency, but God showed that with Him everything is possible,” said Olga. “After receiving the official invitation letter from a Christian organization and sending it to the government, we received a religious residency in February for one year. This residency allows us to talk about Jesus to everyone and tell what we are doing with no fear. Something we didn’t have in Saint Petersburg.”

A northern Baltic state and former member of the Soviet Union, Latvia is a country that shares much in common with Russia. It’s easy to believe that the cultures would be similar. But when the Druzhininas arrived in Riga, and they started talking with Latvians and Russians who have lived in Latvia for a long time, they soon found that the culture is not as similar as they expected.

“Even though we have a common language and a common background, the culture is very different,” Olga said. “We thought that it would be easier to communicate with the Russians living in Latvia, but what we have found is that it is much easier to communicate with Latvians. Local Russians have a different mentality than the one we have, which makes it hard for us to reach them.”

Olga and Aleksei have reached out to various church organizations and made contact with Latvian churches, asking how they can serve, and meet local needs. Since their arrival, Aleksei has been invited to preach.

“We have been working with the Salvation Army since we arrived,” Olga said. “We’ve been leading a Bible Study on Thursday, and we are helping at their soup kitchen once a week through a worship time.”

Aleksei said, “I’ve been invited to preach twice this month [May] at the Salvation Army’s Sunday Service. We have also visited different non-denominational churches, including a small Latvian church. This church usually finds a way to translate the service [from Latvian into Russian] so we can understand.”

This small church has kept in contact with Olga and Aleksei, and is examining the Nazarene denomination’s Articles of Faith. They may translate them to Latvian.

The Druzhininas are also reaching many non-believers. Through these contacts, Olga has been invited to be part of a very selective women’s club.

“It’s interesting because it’s part of a special society. It’s about 100 women, all business ladies or wives of business men. And they all know what I’m doing in Latvia, which is great!”

After their one-year residency permit expires, they remain open to what God wants to do through them in Latvia, or beyond.

As their calling to Latvia becomes clearer, Olga and Aleksei hope and pray that, in the next years, doors will open for them to help plant churches in several Balkan countries, including neighboring Lithuania and Estonia.

This article was written by Nicole Almeida and previously published in the June 2019 edition of Where Worlds Meet.