Croatia: while searching for asylum, Jesus was found

Home/News/Where Worlds Meet/Croatia: while searching for asylum, Jesus was found
Previous Next

Croatia: while searching for asylum, Jesus was found 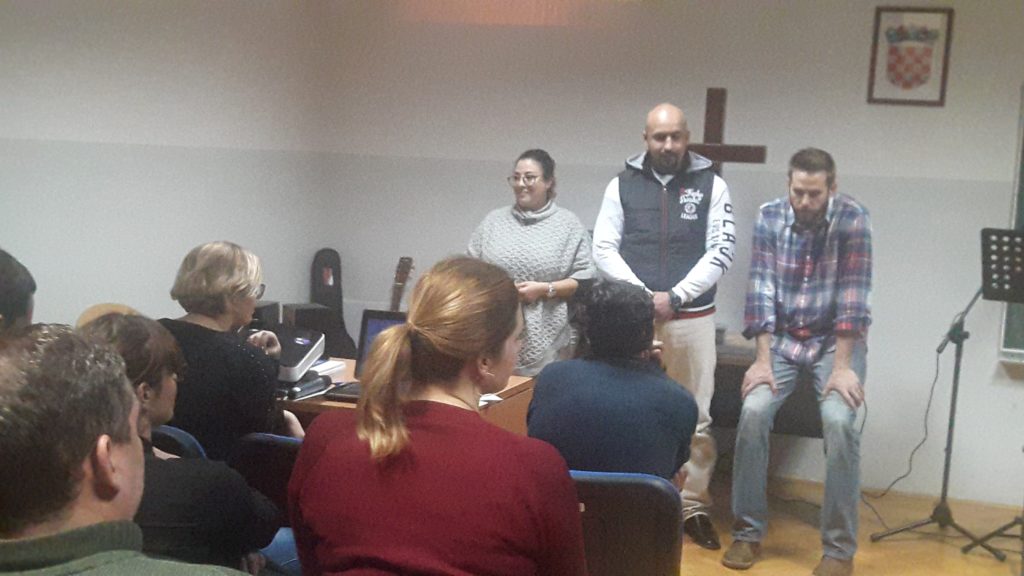 Taylor* is a refugee. He had to leave his country because he had been helping Americans and then someone tried to kill him. After arriving in Croatia, Taylor asked for asylum; since his arrival, he has been rejected three times. During his stay, Taylor met Betsy Scott, missionary and District Development Pastor, in Zagreb, Croatia; and Emmett*, the Arabic District Licensed Minister who leads the Arabic Nazarene service.

He arrived to the Nazarene Church in Croatia through an English Class at Porin. Betsy Scott was his teacher for about a year. During this time Emmett invited him to church. “One day, I just remember seeing him at church!  I was so excited to see him! I was a bit dumbfounded because I knew of his beliefs, and I also had never seen him outside of the classroom context. He seemed really excited to see our church,” said Betsy.

That was about a year ago. For the past 10 months, Taylor has consistently attended the Sunday services and participates regularly in church activities like movie nights, membership classes, and the Arabic Bible study led by Emmett.

As time went by, members of the Church in Croatia had noticed that Taylor was on a journey, was asking more questions, and was more open to believing differently than he was when he first started coming to their church. 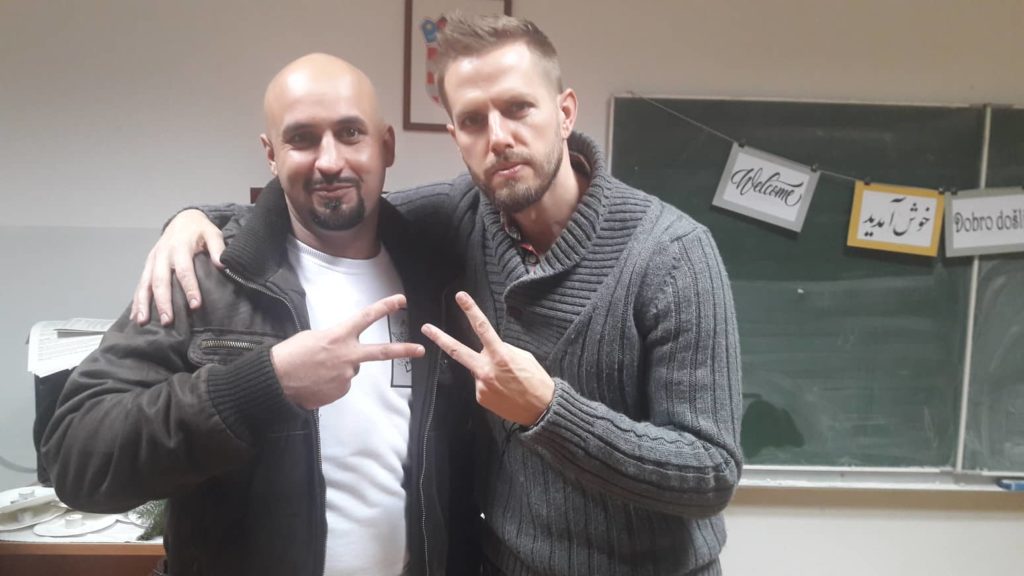 Betsy recalls that in the beginning when he started coming to church, he missed his traditions, and he asked twice if he could pray in the basement of their church.  After talking about it as a leadership team, they decided to respond with a “no”, confirming that “we loved him and wanted him to keep coming, but that we needed to say no to that.” They didn’t want to send a wrong message for others who attend the church, nor to the Christian believers in church, that they are willing to compromise theologically or change their Christian identity to make people feel more comfortable.  But the team wanted Taylor to feel still welcome to attend church, even though they said no.

During a service in December 2018, Taylor shared that he firmly believes in the Christian Trinity as one God, and not 3, as he had previously believed. He has also shared with the church that he is curious about who Jesus was and wanted to know more. Afterwards, on another Baptism Sunday he confessed his belief that Jesus is God and Emmett shared with Betsy that he believes Taylor is getting closer to opening his heart fully to Christ. 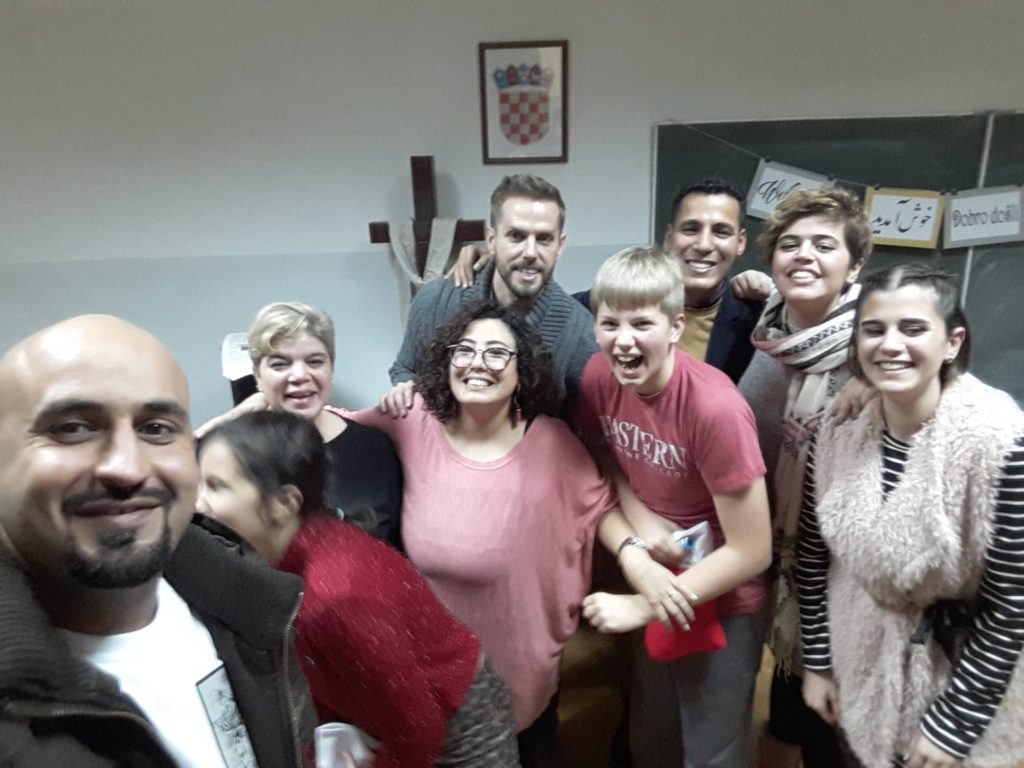 “Taylor is such a joy to be around.  When I first met him in the Asylum facility, in English class, he was polite, but he had this ‘hardness’ around him.  He seemed to be guarded.  Taylor is the opposite of hard now.  He is very open and loves everyone! Last week he shared that, while the preacher was preaching, specifically during the part about us being brothers and sisters of Jesus Christ, that he could not stop smiling. He described something coming over him, and he literally could not stop smiling. He is filled with joy now, and he has found his home.  He tells us regularly that we ‘are his family.’  He is always joking with everyone – he is always trying to make someone laugh.  It brings me great joy to see Taylor every Sunday,” said Betsy Scott.

Taylor has not been the only one who has gone through the asylum request, arrived at the Church of the Nazarene in Zagreb and later received a negative response. The asylum system is not clear in explaining who is eligible to receive such help and who is not. In the case of Taylor, his negative was probably considered a “case” negative. This means that not enough evidence was shown to corroborate his story. This happens very commonly, where someone will claim they are running from death threats or are in danger but, if they do not show the court the specific evidence of the death threats made on their lives, then their case doesn’t hold up in court. The church has seen at least 5 other people leaving because this was the case for their negative.

Taylor has become a brother and part of their family in Christ.  He trusts them as his family.  He tells them that certain people in church are truly his father, his mother, his brother, and his sister away from home.

“And we get the privilege of watching God move in His life, watching the Spirit nudge and speak to his heart.  It is beautiful, and it forces us all to trust a big God who is on the move.  He is always asking us questions, and he is eager to grow more. I look forward to his questions and smiles every Sunday!” says Betsy.

During his time in Croatia there is one thing that Taylor has never forgotten. This is the love he has for his community, and the love this community has had for him. He always shares what is on his heart, and he is willing to be vulnerable with his community. He stands up in church or asks to share almost every Sunday, and at the end of services, has asked for prayer. By the end of December, Taylor initiated a prayer time in the church due to a need that had arisen in the church. And one Sunday, while Shaun*, a local licensed minister, was preaching about forgiveness, Taylor stood up and said he can finally forgive the man who tried to kill him. It is truly amazing to see peace form within the lives of people who, from all external eyes or views, seem to not have any hope. Recently, after the church family prayed for Taylor (for it was thought he would need to leave in less than a week’s time after his last negative), Taylor told Betsy he decided to have faith and stay. He recently had his last court appointment, and the whole Zagreb Church of the Nazarene was praying for him and continues to pray for their brother, Taylor. 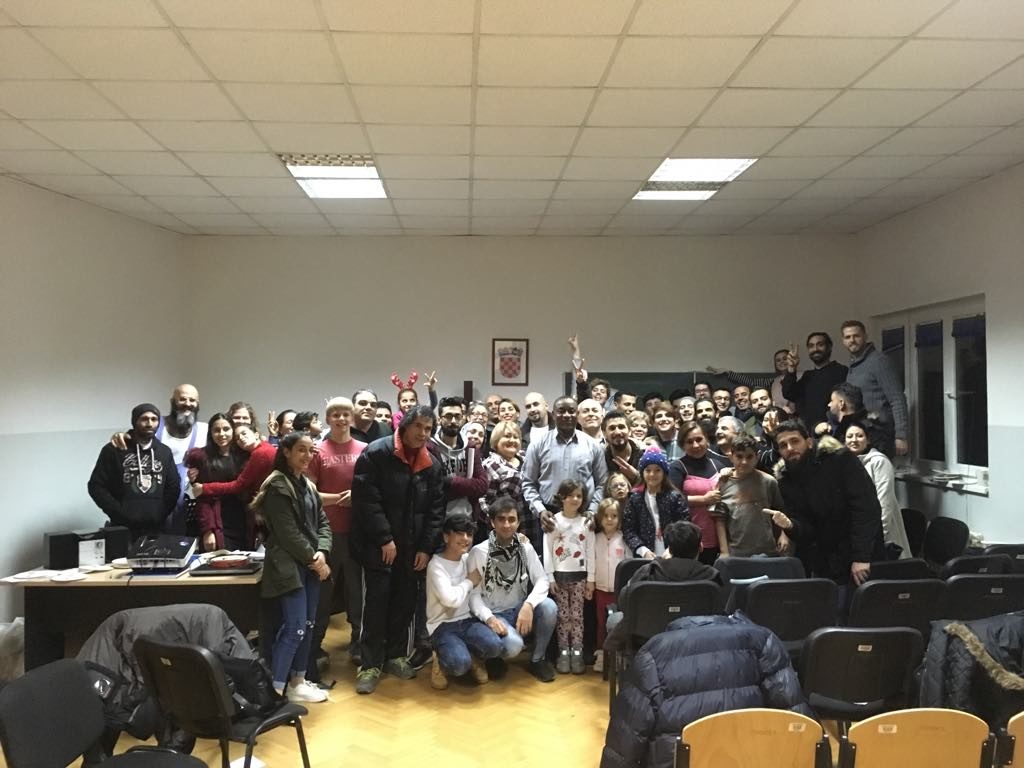 This article was written by Betsy Scott and Nicole Almeida and previously published in the January 2019 edition of Where Worlds Meet.