India: The Power of Persistence

India: The Power of Persistence 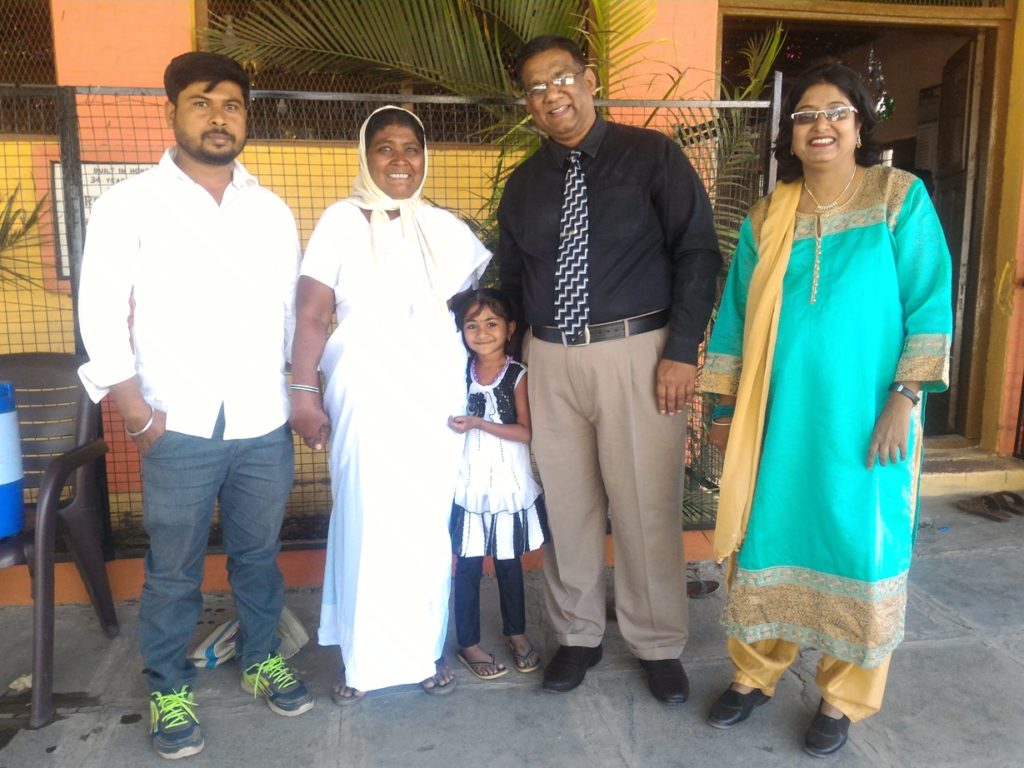 Matru Nazarene Church in Buldana meets every Sunday and Wednesday for worship. The congregation is very passionate about winning people for Christ. The Pastor constantly encourages this community to reach out, pray and ask the Lord to bring people into their life to be evangelized. The latter is something the community earnestly prays for.

As a result of these encouragements and prayers, last year a number of people from other faiths started attending this church. The pastor and other people shared Christ with them.

Among these people was Deepali. Her mother was first introduced to Christ in the huge city of Pune. Having experienced Jesus in her personal life, her mother gave her entire life to Christ.

Deepali had some physical difficulty and, based on her mother’s testimony, she started believing in Christ, too. Deepali wanted to go and experience church. She was led to attend Matru Church.

But she didn’t come alone. Deepali brought several of her relatives and her boss to the church. After hearing the pastor explain the gospel, she accepted Jesus Christ as her personal Savior.

Every Sunday, Deepali would spend lots of money on transportation to Buldana, bringing other people with her. She was so sold out on introducing Christ to her relatives and friends, every other Sunday some new person would accompany her to the church. They would learn about Christ, then the congregation and pastor would pray for them. Many became children of God.

One day, Deepali brought one of her relatives, Watsalabai, to church. Wastsalabai is a widow. Three years ago her husband died of a heart attack. She has two married sons and several grandchildren. On her two acres of farmland she grows some crops, and must work hard for her livelihood. Her sons drive auto rickshaws for income.

At the end of the service, Watsalabai walked to the altar for prayer. It is the practice of the church to offer prayers to the Lord for all who are needy and want God’s intervention in their lives. Watsalabai asked prayer for God to heal her from cancer. At that time she was under medical treatment.

The pastor and congregation prayed for her, and kept praying for her every day. Prayers for Watsalabai became a regular practice of the congregation.

Watsalabai was growing in her faith. Every Sunday she would bring her son and daughter-in-law and grandchildren and sometimes some other relatives who were in need of a prayer in their life.

Others continued to pray for Watsalabai. District Prayer coordinator Rev. A. V. Gaikwad was given her number and he would call her every week and inquire of her and pray for her over the phone.

Watsalabai kept on growing in the Lord and the Lord was working on her healing. Soon, she started feeling changes in her body.

In the month of January on the second Sunday she stood up at the altar and said, “My initial reports have come back normal, now pray that all of my reports would come back normal and that the Lord would make me totally cancer free.”

Next Sunday, Watsalabai was in church but this time something was different. She wore a bright white sari and had a bright white scarf wrapped around her head. Her face was more radiant than ever before. The service went late, and at the end of the service Mrs. Smita came to the front and requested time for Watsalabai to share her testimony.

Watsalabai walked to the front of the church, a youth adjusted her microphone, and Watsalabai spoke with courage:

“I praise God for His grace. He has had mercy upon me. He has shown me who He is and that is wonderful. All of my reports have come back normal. All the glands that were suspected to be cancerous have been declared normal. I went for my first check-up and the report was normal, and then we had to go for a second report. Before starting our journey, my son prayed to Jesus, saying, ‘If you are really God, then let all the reports come back normal.’ And all my reports came back normal.

“People from my village used to counsel my son Nilkanth not to spend any more money on my treatment, but he wouldn’t listen to them. Today he is fasting and has brought me here to the church. Let me tell you that not only I, but my sister also had been diagnosed with cancer. I used to pray to the Lord to heal her as well, and even used to say in my prayer that He can let me suffer with it, but heal my sister. What a miracle! Today the Lord has healed her as well as me. I praise God.”

The Matru Nazarene Church started clapping and praising God for one more miracle they had witnessed.

What a mighty God we serve! He proves Himself and makes the whole world wonder. The congregation has grown in their faith by this experience. Mrs. Smita has grown in her faith, too.

Watsalabai herself is committed to proclaiming Christ among her relatives and in her town. Her village is awestruck by what God has done for her.

This article was written by Rev. Rajiv Yangad and previously published in the January 2019 edition of Where Worlds Meet.