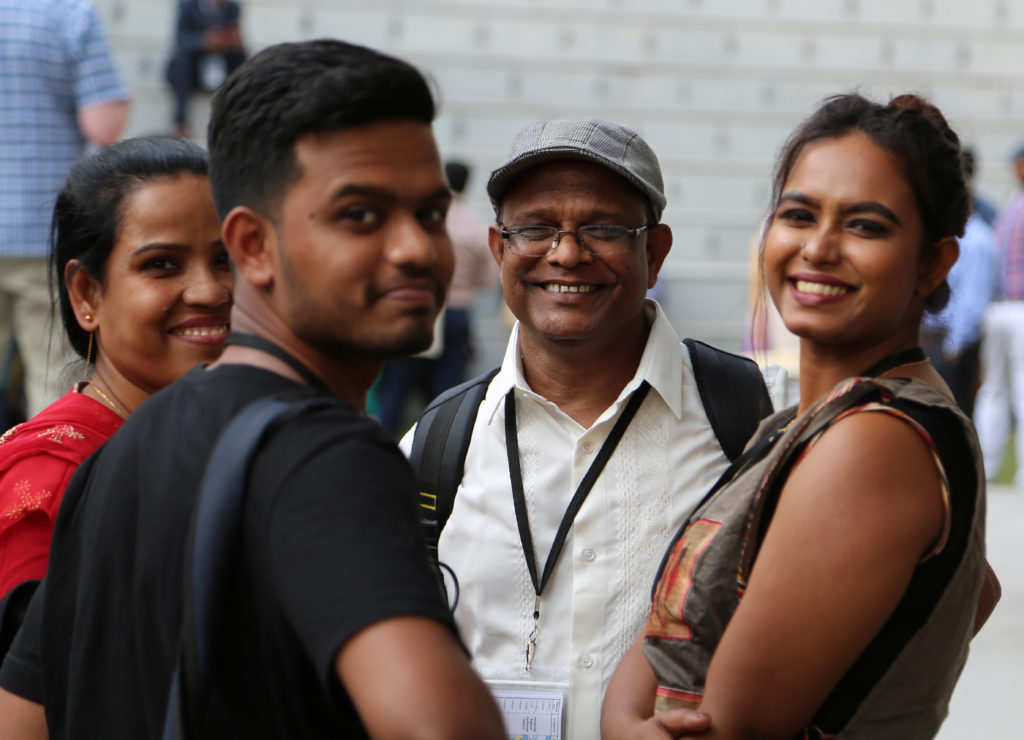 In January 2020, 334 participants representing 17 countries and speaking 21 languages came together in Hyderabad, India, for the Eurasia Regional Conference called The Invisible World.

This regional conference offered a rich opportunity for cross-cultural learning, as stories, perspectives, challenges, and ways to pray were shared. Through these, the way that God is working in different parts of the world became visible, according to attendee *Milon, Eurasia Region coordinator for Sunday School and Discipleship Ministries. 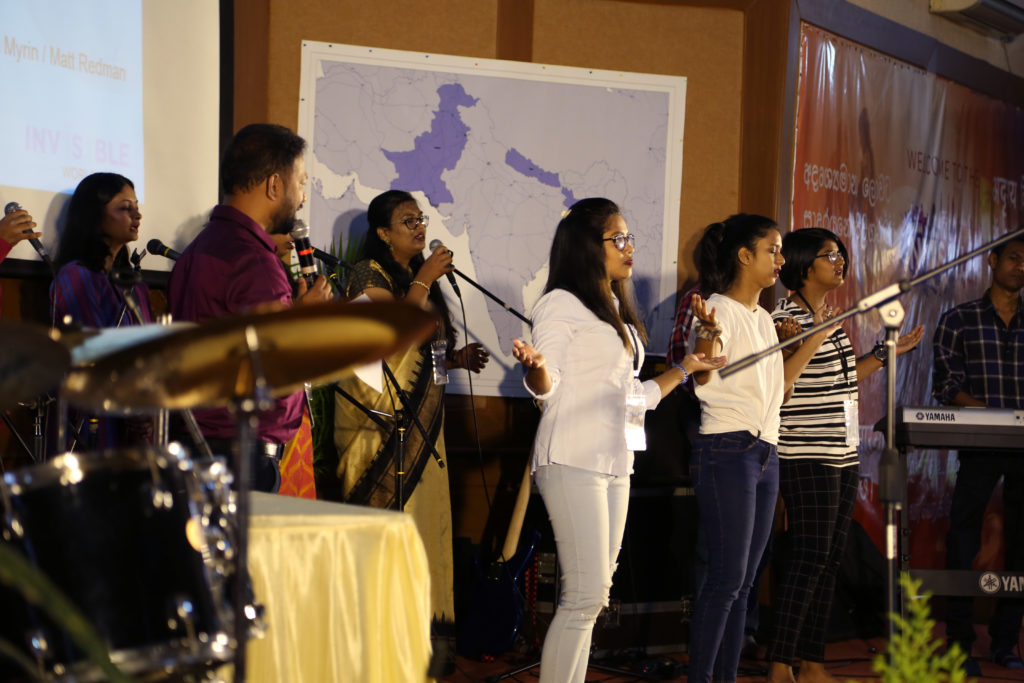 The Eurasia Region, like the international Church of the Nazarene denomination’s other five regions, holds a conference every four years. However, the vast geography of Eurasia (which spans from the United Kingdom to Bangladesh) led to the decision to host two full conferences in two different locations—Kyrenia, Cyprus, in November 2019, then Hyderabad, India, in January. The Africa Region first paved the way for multiple locations when it hosted three regional conferences in 2015 and 2016, after an Ebola outbreak restricted continental travel. Likewise, the Eurasia Region’s objective for its first-time dual conference was to make it accessible to more Eurasian Nazarenes. As a result, total attendance was 870 across the two conferences, up from the 640 who attended the single conference location in 2015.

Hyderabad, with its easy train and international airport access for both Indians and South Asians, made it the perfect place to host the second gathering. Indeed, Nazarenes brought the best of India and South Asia with them, filling the venue with a fantastic kaleidoscope of foods, dress, worship, languages, culture, and teaching.

The two conferences featured twin programs in terms of an emphasis on The Invisible World and the keynote speakers for the main worship services. Each service developed the Invisible World theme by exploring one of the region’s five priorities: prayer and fasting, identifying with the poor and marginalized, pushing our boundaries, learning to be disciples, and discovering and developing leaders.

Dr. David Graves, presiding General Superintendent for the region, captured the gathering’s flavor when he said, “It was wonderful seeing the excitement, commitment and love of our Nazarene brothers and sisters from South Asia and India. They make you feel right at home.”

A service of lament recognizing the reality of the sometimes invisible persecuted church became a significant moment, as pastors who have known persecution for their faith solemnly stood and shared testimonies. The church in this neighborhood of the world knows the intimate and personal cost of identifying with Jesus, a religious minority in their own cultures.

“This Conference shows the vibrancy and warmth of the faith of our Nazarene brothers and sisters here,” Regional Director Rev. Arthur Snijders said. “We were part of the worship of a courageous church.”

With the South Asian and Indian youth of the region taking an active part in the entire program, planners intentionally emphasized an intergenerational church leadership. The conference challenged generational silos, moving the region towards creating community together. In a real testimony to that interconnectedness, young and old celebrated, laughed, prayed and ate together just as families do. 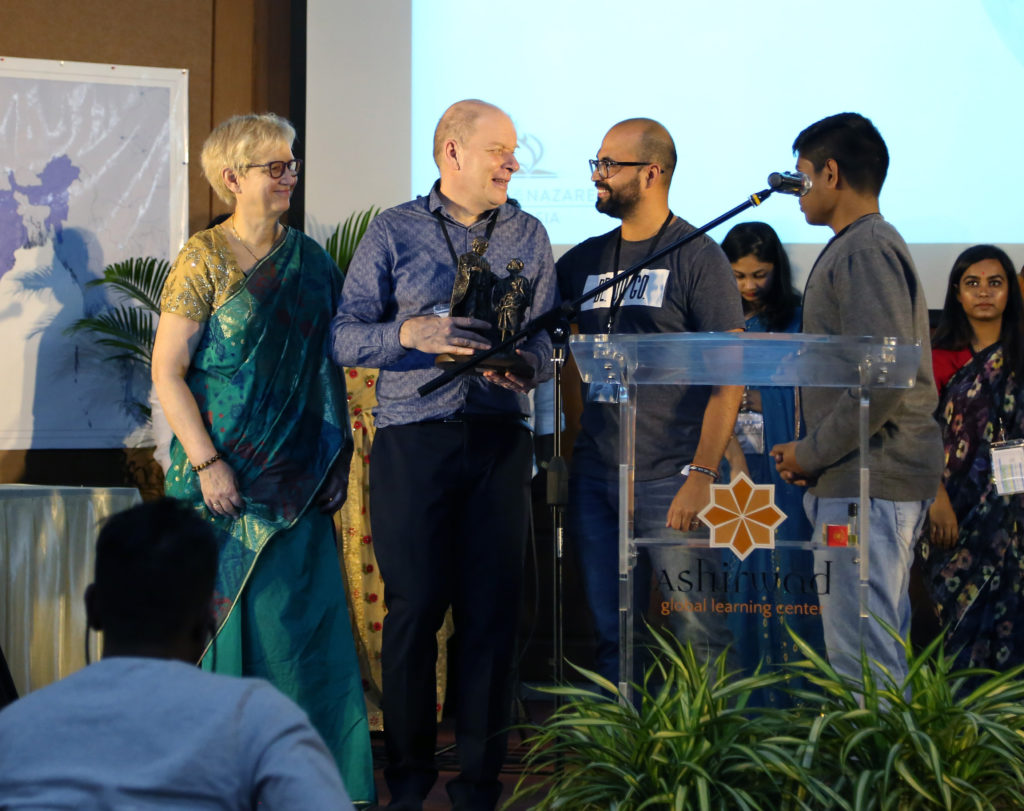 Eurasia’s Nazarene Youth International (NYI) presented Snijders with the Timothy Award. Rev. Diego Lopez, NYI Regional Leader, noted the influence that Snijders has had on the region’s youth. The presentation recognized Snijders’ intentionality to invest in grassroots ministry. Lopez called him a “great mentor to many people.”

Besides the conference, additional meetings and conferences were hosted in Hyderabad before and after, taking advantage of the presence of so many Nazarene lay people and leaders. The schedule was full with meetings of various ministries—Nazarene Compassionate Ministries (NCM), Nazarene Missions International (NMI), and NYI—in addition to a well-attended theology day, and a day for missionaries to meet. District superintendents participated in a training that ran congruently with South Asia’s first ever women’s ministry conference.

Called History Makers, the first women’s ministry conference ever held in this part of the region began saw an attendance of 159 South Asian and Indian women who courageously made their availability and obedience to God known. Two workshop tracks made it possible for women who are called into pastoral leadership to focus on ministerial development while other women found encouragement for supportive roles in ministry via the second track.

As the full conference came to a close, Central Maharashtra District Superintendent Rajiv Yangad, whose keynote sermon focused on turning leadership over to the next generation, said, “Leadership development was happening at every stage of the conference. Not only were South Asian and Indian leaders fulfilling their jobs, but they were finding others to fill roles as well. It was so encouraging to see the next tier of leadership being developed.” 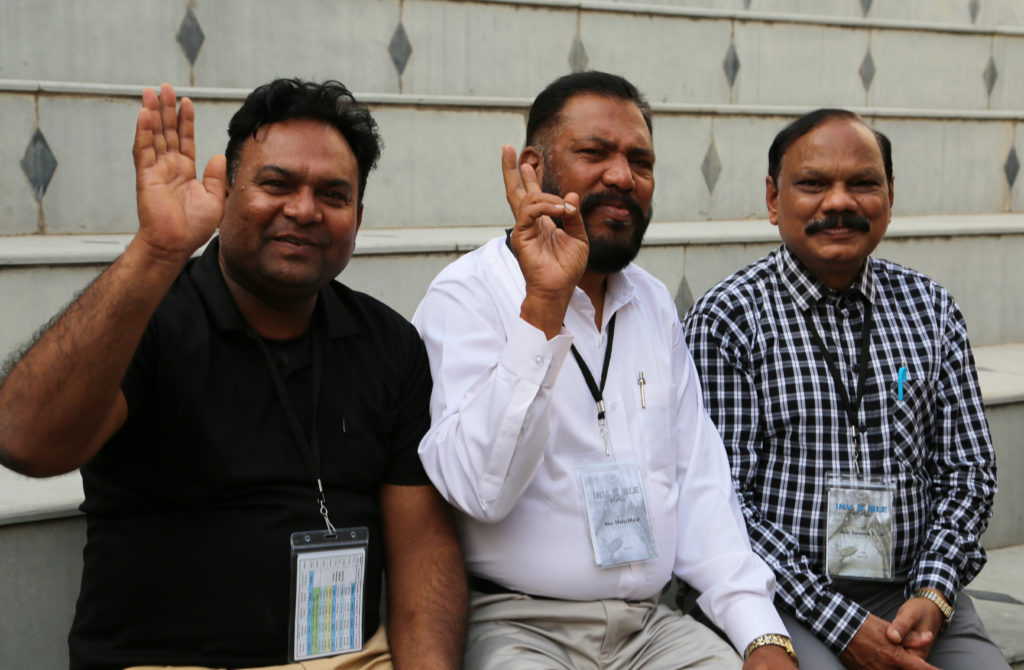 This article is written by Teanna Sunberg