First missionaries in South Asian country talk about their experience 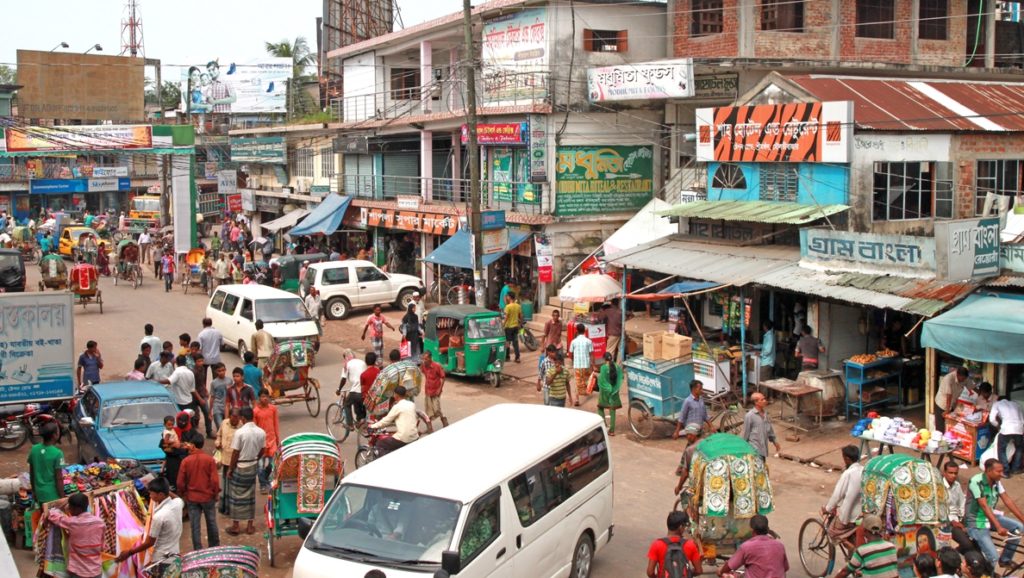 Ben* and Amy* are the first Nazarene missionaries to be sent to this South Asian country*. The Nazarene work has been thriving and growing there for many years, and the couple resettled in a large city in 2018 to help support the growth and development of ministry across the country, as well as in several neighboring countries.

The American couple is 12 months into this, their first, overseas missionary assignment, after serving 10 years supporting Nazarene missions administratively from the United States.

Amy recently took time to answer questions in an interview about their first year’s experience.

WWM: What have been some of the highlights of your experience so far?

Amy: Shortly after we were here, the person who helps around the facility invited us to his home for dinner.

He doesn’t speak English. At that time, we spoke very little of his language. He invited his children’s teacher to come to the meal to be the translator for us.

He met us on the road to make sure we got there. They fixed what would be the equivalent of a feast: two meats, vegetables, Coca-Cola that was chilled. It was all just so thoughtful and so aware of us. It made me want to live up to that standard. Am I that aware of those around me?

It was truly one of the greatest honors of my life to be invited to his home.

WWM: Have you had people to your home, as well?

Amy: We try to do something with the young people once or twice a month. It started with a young man we met, he’s 19 years old now. We realized he was alone here, and started asking him to come up. He would have someone with him and they would come.

Last Saturday, we had about eight or nine; that was our biggest group. It’s a time to hang out and we always serve coffee or tea and some sort of snack. Then we will play games.

WWM: What is something interesting about where you live?

Amy: The neat thing about this country, in just the 12 months we’ve been here we can see it evolving as far as the economy. For example, roads are under construction. In fact, it makes me kind of sad because one of my favorite places to shop was just a row of tin and bamboo little kiosks. We went away for a trip, and when we came back they were all gone because they’re building a building there.

WWM: What are some things you are doing to adjust to where you live?

Amy: They eat with their fingers here, so we do the same. If we’re in a village, we always eat with our fingers, even if they offer us utensils. We want them to know we appreciate their culture, and sometimes, truthfully, the food is just easier to eat with your fingers. For example, when it’s fish with bones in it.

WWM: As Americans coming from a culture that communicates more directly, how are you adapting to the ways people in South Asia communicate more indirectly?

Amy: We keep asking questions. We will ask a question a different way. We’ve learned subtle cues, like if they say, “Yes, I can do that, but it would be difficult,” what that really means is, “No.” The other thing, if you invite them to your home and they can’t come, they will say, “I will try to make it,” which usually means, “I’m not going to be there.” It’s just living in the culture and learning it. It’s asking more questions and asking in different ways and paying attention to the subtlety of the answers.

WWM: You visit many local churches in your travels. How would you describe the local church in South Asia?

Amy: We’ve been in many, many Nazarene churches. I am always surprised at how similar they are to churches in America. Not the music, because we don’t know most of the songs, they’re not in English and they don’t sound familiar, generally. But the way it’s structured. It feels very orderly and cohesive. There’s always lots of prayer; prayer is a major component, and music is a major component.

As Westerners, we are viewed as representatives of the general church….We are always trying to use that to give them words of encouragement. To connect them to the larger body, so they don’t feel like they’re just a little church in a village. They’re part of a global church.

WWM: What has been the most challenging part of your adjustment so far?

Amy: One thing I have dealt with, and is the most difficult, personally, is guilt: the constant awareness of how fortunate I am, not just financially in comparison, but spiritually.

I think it does make me more aware of those around me. I feel like I have much more empathy, more patience and more compassion. I have to push it (the guilt) out of the way and keep my eyes on Christ, because the guilt is just a distraction. My guilt over their situation is not the point. Of myself I have no ability whatsoever, anyway.  I feel like, as we witness wins and strides being made, and good things happening, it will chip away at that guilt.

WWM: What has helped make the transition easier?

Amy: What’s really helped is technology. I have people with whom I regularly exchange video messages. When I wake up in the morning there’s a message for me. When they wake up they have a message for them. Sometimes we talk when we’re both awake. I can’t imagine the feeling of being completely disconnected prior to the Internet and technology.

Before we left the States, we went through Launch training with other missionaries at different stages of their journey. Some had not been on the field yet, and some had been on the field six years. That was so amazingly helpful, even though we had been through missionary training prior. It serves as a support group for us; we have our own WhatsApp group. It is a group where we all can speak honestly. We’re all on the journey together.

The Eurasia Region has a wonderful structure for member care. Melanie Eaton is our member care person and she is very conscientious about follow-up. We have missionary mentors who were missionaries on the field previously that are now back in the States. We talk with them as needed.

This article has been written by Gina Grate Pottenger and published in the September 2019 edition of Where Worlds Meet.

Not just surviving, but thriving