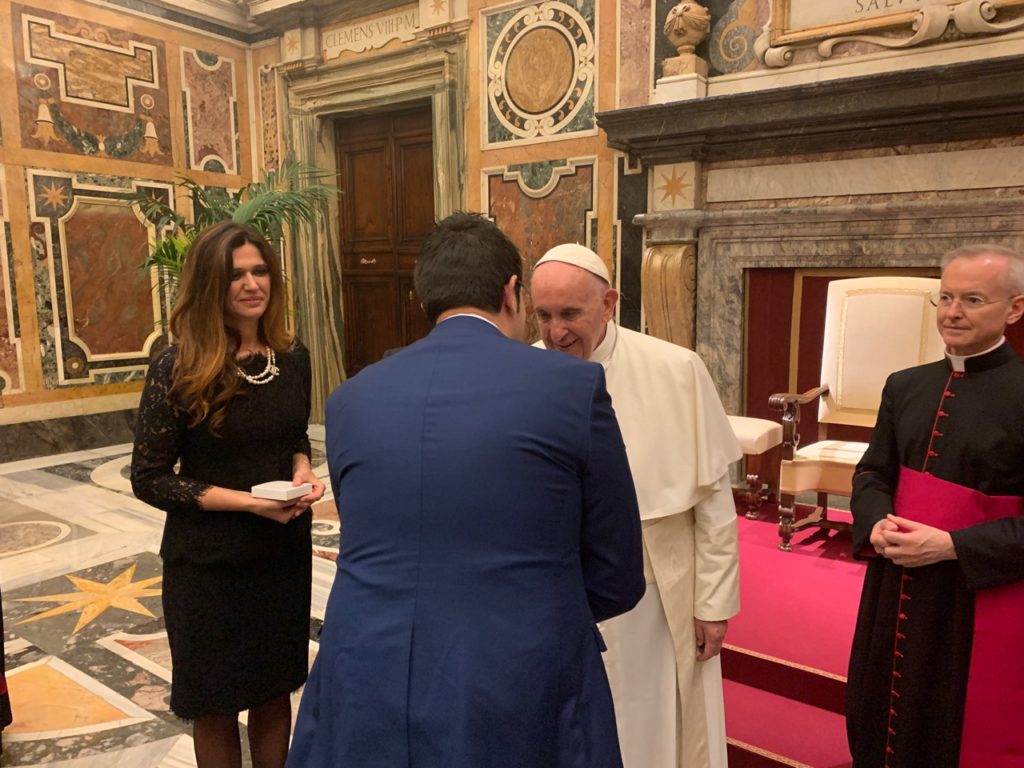 On 19 November, Nazarene pastor Ergest Biti joined a delegation of about 100 Albanian government officials in a special state visit to the Vatican to meet the Pope.

Ergest, who was ordained at the Albania District Assembly just two days before the state visit, was invited because he also holds the role of the General Secretary for the Evangelical Alliance of Albania (EAA), which is one of five religious leadership roles in Albania’s national government. 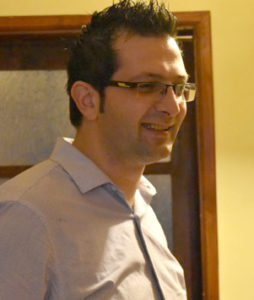 Pope Francis issued the invitation to commemorate the 550th year since the death of Albania’s national hero, Skanderbeg, revered by Albanians who credit him with protecting Christianity and their nation from invading forces in the 16th century.

The meeting lasted about an hour, during which time the Pope spoke to the group.

“[The Pope] was speaking about the good work that Skanderbeg did during the war,” Ergest said. “Then he also mentioned Albania is well-known now for tolerance and harmony between the religious communities. He congratulated us about this tolerance and harmony that we have with each other.”

Pope Francis went on to urge the youth of Albania not to leave the country (as many do, seeking economic opportunities), but to stay there and work to improve the society and economy of Albania.

The Pope greeted each member of the delegation personally, and each member was given a commemorative stamp featuring Skanderbeg.

“What I found very interesting, to go to his office you had to go through so many security checks,” Ergest recalled. “It seemed like it was never finishing. Next to me was the leader of the Catholic Church of Albania. He turned to me and said, ‘Imagine: We are only going to the Pope. Imagine when we go to heaven.’”

After the meeting, there was a concert headlined by some of the most popular Albanian singers around the world. The General Secretary of the Vatican also gave a speech.

Ergest was elected to leadership of the AEA in 2016, the youngest person ever to take the role. He also serves as pastor at the Kombinat Church of the Nazarene in Tirana, a role he stepped into several years ago.

“[Since he became the pastor] the congregation has connected and served the surrounding community very well. This includes children’s ministry and help for the poorer families in the neighborhood,” said Arthur Snijders, Eurasia Region director.

“He’s a natural leader,” said Jay Sunberg, Central Europe Field strategy coordinator. “His whole life is characterized by lots of responsibility at a young age. He is dedicated to who we are [the denomination] and committed to the local church.” 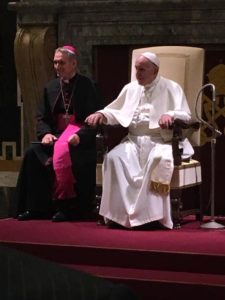 Being a local pastor informs Ergest’s leadership in the Evangelical Alliance. He has made it his priority to work for greater unity – and sometimes reconciliation – between the evangelical churches in the country.

“All different denominations might be found in the AEA,” he said. “I would say from the most charismatics to the most conservatives. This makes AEA a unique Alliance.”

In the past three years of advocating for the Evangelical churches with the government, Ergest says he has become accustomed to formal meetings of state as well as talking informally with government and international leaders.

“God is working on all the Church in Albania and we are seeing him moving on raising His kingdom!” Ergest said.