James Clarkson’s year in Romania as an M+Power volunteer stretches him to try new things, jump in wherever needed 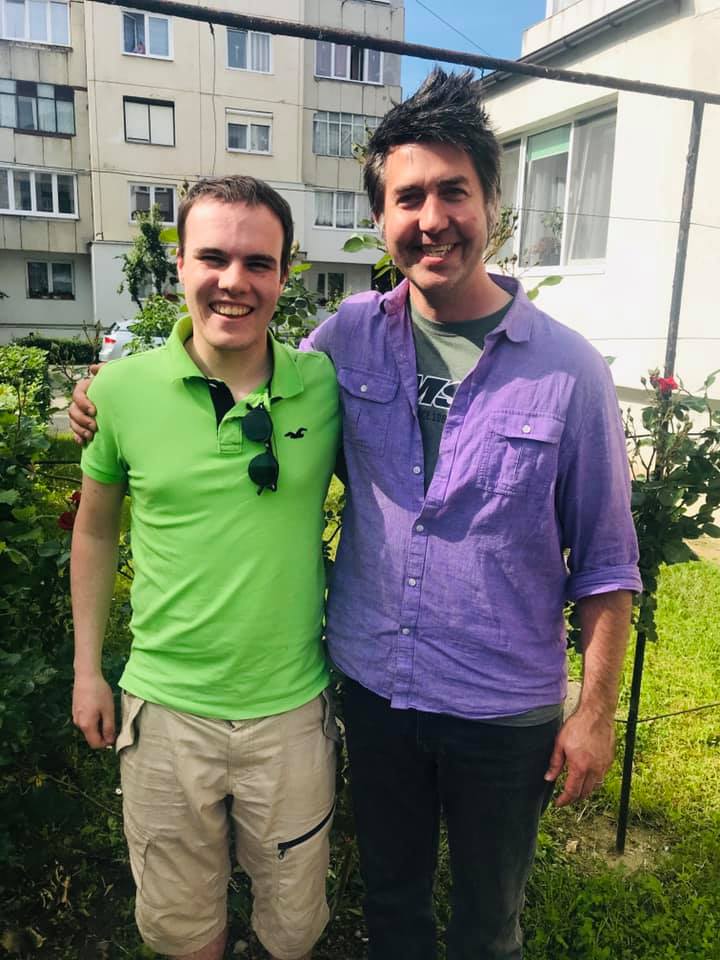 On 5 July 2018, James Clarkson graduated with his bachelor’s degree in accounting and finance. On 6 July, he was on a plane for Romania.

If Clarkson, originally from Scotland, could have left a few days sooner, he would have. He was eager to hit the ground on his six-month volunteer assignment through M+Power.

He first had the sense that God was calling him to cross-cultural service when he attended the Church of the Nazarene’s 2017 General Assembly, a global gathering of Nazarenes held every four years.

“I really felt in my heart that God had something special for me. I really felt God was laying on my heart going to volunteer in Romania for a year,” Clarkson said.

Growing up in a missions-minded family, including a grandfather who is currently volunteering in another part of the region through M+Power, Clarkson had a personal connection with Romania: a cousin, Dorothy Tarrant, had ministered there for many years.

In January 2018, Clarkson attended the Glasgow M+Power training, which he says helped prepare him to be adaptable, and equipped him with other skills he would need for a successful year of cross-cultural service.

“The training I loved, I thought it was really good. We did [role playing scenarios],” he said. “It was funny: my role-playing group was a group going to Romania. I was randomly assigned to it. And then that’s where I ended up going.”

Clarkson initially committed to six months in Brasov, the city where the Romania District’s superintendent family, Josh and Shannon Herndon, is working to plant a church.

His initial challenge was one that faces many cross-cultural workers: a feeling of isolation. It was the first time he had lived alone, in his own apartment; and it was across town from the missionaries.

And, like most other volunteers, Clarkson also needed to adjust to the unexpected: He had come to Romania hoping to be involved with the new church plant, but because there had never been an official Nazarene presence in Brasov, Romania, before, more time was needed to get to know the city, build relationships with people, and find the right ministry location.

Clarkson adapted to the changing circumstances by volunteering to help wherever he found a need in the local Nazarene ministries, including technology support for the ministries in Romania, and across the Central Europe Field.

But he also contributed to local ministries, such as getting involved with the kids’ club reaching Roma children in Tigmandru and volunteering in Sighisoara Church of the Nazarene’s youth group. He supported the district superintendent family in whatever they needed, such as hosting Work & Witness teams, construction and painting.

“I was kind of a jack of all trades. You do so many different things,” he said.

His third challenge was trying to learn the language. He’d already started studying Romanian through the Duolingo smart phone app before he left Scotland. And once he arrived, he used his free time to continue.

“I thought I was prepared. But then when I showed up, I discovered that whatever you learned before moving there isn’t really good enough,” he said. “Then I found it way better when I had a good friend who was a translator.…You pick up words way more when you’re around people.”

Thanks to the sufficient support funds he raised by hiking the United Kingdom’s highest mountain, as well as generous gifts from his home church, Clarkson was able to extend his time in Romania by four months. He moved to Sighisoara to be closer to the church and youth group where he gave much of his volunteer time.

Learning to try, not give up

The 10 months of ministry in Romania were a positive learning experience, Clarkson said.

“One thing I learned was to take on the challenge, even though in your head you think you can’t do it. I’d rather strive to do it,” he said. “My faith was really challenged a few times. The first few months I was ready to give up and go home. But I just trusted what God had for me and just strived to do that.”

He witnessed firsthand the obstacles, the struggles and even the opposition that missionaries experience when engaged in ministry, especially when trying to start something new.

“James is the first M+Power volunteer that we have worked with. We feel he is a great example of a young person stepping completely out of his comfort zone to participate in ministry outside of his own cultural context,” said Shannon Herndon. “James jumped in and did his absolute best at any task we asked him to tackle. He didn’t let his comfort or personal preferences dictate what he would or would not do during his time in Romania. He pushed through challenges and uncomfortable moments and, because of his perseverance, he grew as a person, and contributed well to the multiple ministries he was a part of during his year in Romania!”

Now that he’s back home, Clarkson is considering theological studies as the next calling God may have for him.

Find out more about how to volunteer at www.eurasiaregion.org/volunteers

This article has been written by Gina Grate Pottenger and published in the September 2019 edition of Where Worlds Meet.