Home/News/SnapShots/Persistence in persecution
Previous Next 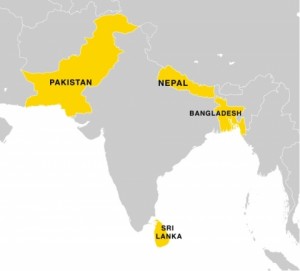 Seated at the bedside of a deathly sick neighbor, Babul Roy found himself surrounded by the villagers who had beaten and tortured him shortly before. Earlier, they had forbade him from practicing his new faith in Christ. Now, they begged him to pray to his God to save the life of the sick man.

Not long before this, Roy, who lives in South Asia, had been just like the rest of them – worshiping a panoply of gods and goddesses that he found unsatisfying and which filled him with doubt.

Roy read books and studied about his religion, but found only tales of corruption and death.

He had some Christian friends who often discussed the tenets of the Bible with him. One day they showed the JESUS film, and Roy attended. He was astonished to see a “prophet” dedicate his life to others, and performing miracles like curing the blind and raising a man named Lazarus from the dead. Afterward, he told his Christian friend that he liked Jesus, but was unsure how his family would react if he believed in Jesus. His friends started praying for him.

Roy talked to his wife, and said that he had found the true religion. The couple attended some Nazarene prayer meetings, and at one meeting were amazed to see a child cured from its illness when the pastor prayed.

Roy and his wife accepted Christ, but their village neighbors began to persecute them for their new faith. Former friends refused to talk to them. Roy’s father avoided him.  A neighbor told Roy his family could not draw water from the tube well anymore. Roy even found people in the market would not sell items to him, and others would not hire him to work in their fields as a laborer.

Every day Roy prayed to God with his wife. One day, in the morning, his father created a scene in the village, accusing Roy of trying to convert him to a false religion. The village leader came with some people to Roy’s house and beat him seriously. He was admitted to a hospital for several days.

During this time, his neighbor had been suffering a fever for a long time. Doctors were unable to cure him. The villagers expected the man would die. Roy visited the sick man at night and asked for permission from the villagers for him to pray over the man. The villagers agreed. Roy prayed and stayed with the man all night. He discussed with people John 14:9, “He who has seen me has seen the Father.” He explained to everyone the plan for salvation.

In the morning, the patient wanted to eat, and Roy brought him food. He prayed every day for the patient. After some days, the patient was fully recovered. Many of the villagers came to Roy to ask his forgiveness for their behavior toward him.  In that time, Roy was invited to work with the Nazarene JESUS Film team. At the same time, he started the course of study to become an ordained pastor, through South Asia Nazarene Bible College, and he learnt many things which he did not know deeply. Now he explains the Bible and is a good motivator for the JESUS Film team. First he organized a church in his village and led 43 men and women to Christ. Now Pastor Roy is a pioneer of evangelism and building the church.