Science teacher-turned-missionary looks back on ministry in Romania

Science teacher-turned-missionary looks back on ministry in Romania

When Roberta Bustin first sensed God was calling her to missions, she was incredulous.

At the time, Bustin was teaching science at a liberal arts college. During the summer she and her students conducted research for NASA (National Aeronautics and Space Administration in the USA). She also taught at a Navajo Nation school, where she felt called to minister. The Navajo Nation is an Native American tribe that lives in a protected land covering portions of Arizona, Utah and New Mexico in the United States.

On a personal retreat, Bustin was reading through the New Testament when a verse caught her eye.

“I always say that we shouldn’t just pick out a verse and say the verse means something. But on that day a verse stood out … to me. It said: ‘Now he is sending us out around the world to tell all people everywhere the great things God has done for them, so that they, too, will believe and obey him.’ (Rom 1:5b TLB). And I wondered if it was for me.”

As time went by, it seemed like everything she did took her back to that one verse: “Now he is sending…”.

“Many things I did reminded me of the verse. So I thought, ‘OK, I can’t say that I’m sure about it, so I’ll try to forget it and everything that has been happening. If it’s from the Lord, He won’t let me forget. But if it’s not, then I simply thought the verse was interesting and I can put it out of my mind.’”

As the months went by, events repeatedly led Roberta to that specific verse, and many other things happened, confirming the Lord was calling her to missions.

Bustin applied with the Church of the Nazarene’s then program called Nazarenes in Volunteer Service. On 30 May 1997, Roberta arrived at Sighisoara, Romania. She didn’t know the language, but that didn’t stop her from doing what she was called to do: share the gospel.

God makes a way through the unknown

“One reason I was called to Romania was to do environmental work,” Bustin said. “But I knew from the beginning, even before I went, that the Lord wanted me to do church work [too]. In fact, the job description that I was given was: ‘Preach, teach and do a boatload of other things.”

During Bustin’s first year in Sighisoara, she reached the community through educational activities like an ecology club and resource center for teachers and was able to establish an environmental organization. Sighisoara Church of the Nazarene was a new plant at the time. When the pastors left in 1998, Roberta became the pastor.

“I loved it very much,” she said. “And then, in the spring of 2002, the Lord sent us to a village called Tigmandru, and we started a ministry there.”

Bustin said her years in the village were rewarding. She witnessed many faith-growing miracles, including a new small group that matured into a church plant that today is known as Tigmandru Church of the Nazarene. Bustin pastored that church for many years, as well. At the same time, she taught courses for the Romanian Studies Program, a study-abroad program for Eastern Nazarene College, and taught environmental science for European Nazarene College.

God never stopped surprising Bustin and the church in Sighisoara. As the new small group in Tigmandru grew, they started looking to buy a property in 2003. They found land for sale by a landowner from Germany, but they had no more than a month while he was in town to pull together the funds.

“We were ready to buy the property. Several people had agreed that the property was fine. At the time it would cost 3,500 USD, and it seemed like a good price,” Bustin recalled. “The property wasn’t exactly what I wanted because it was angled on a hill and was on a major highway which was not a good place for a children’s program. But we really needed some property; so, I started working to get funds. There was a church in America that promised to give us 2,000 USD, but they didn’t have it just yet. I kept praying to the Lord so that we would get the money and buy the property. But the money didn’t arrive in time and the man left the country.”

The congregation gave up on the land and waited.

As months went by, the church kept growing. They met at the community center while still looking for a property of their own. One day, a person told Roberta that a new property was up for sale. It was about a block off the main highway, which was great for the children. It was flat, it was big, and it was on sale for 500 USD.

“We were able to get all the documents with no problem and I suddenly realized God did what He did because He knew that the first property wasn’t what we needed, and He gave us something much better.”

God calls everyone, no matter their background 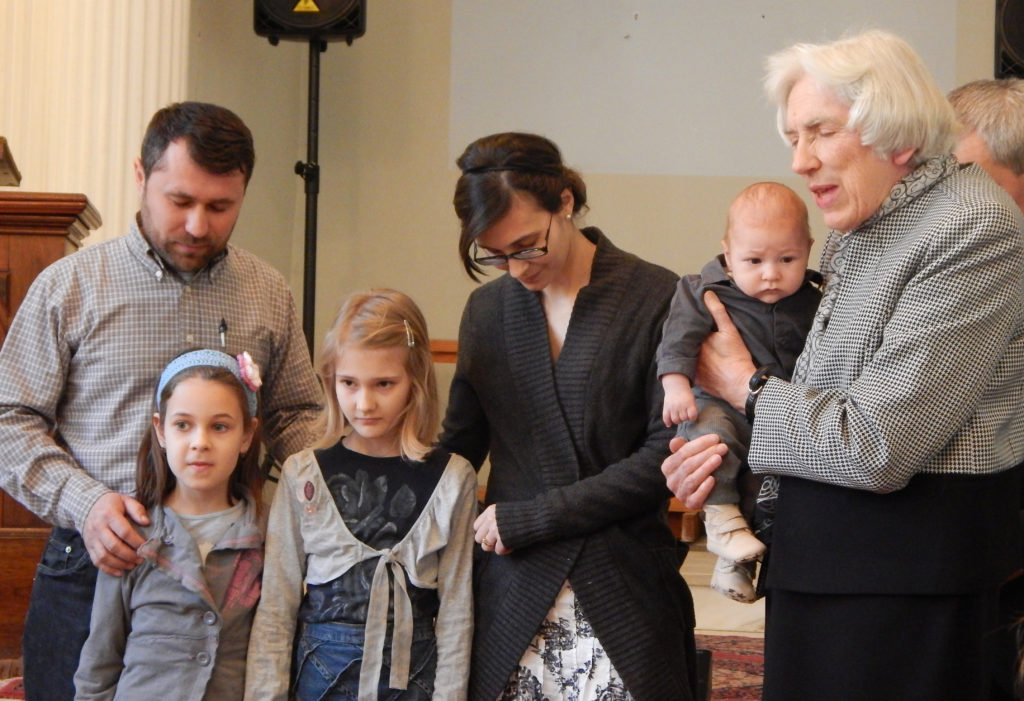 During her 23 years in Romania, Bustin reached children, teenagers and adults in ways that wouldn’t have been possible if it wasn’t for her background in science and love for teaching. God built on her expertise in new and creative ways to preach the gospel.

“God used my science background in many ways, not just teaching. I once spoke with a high school group about science and faith, because many think they don’t go together, but they do. I was also able to reach students and parents through science.”

Through the Ecology Club formed soon after she arrived, Bustin had the privilege of seeing young men and women visit the church and give their lives to God. This was a time of growth and of seeing God’s hand at work. During moments of doubt and trials, Bustin kept seeing how God fulfills His plans.

“God is faithful and knows our needs. We do have to step out in faith a lot of times when we don’t see how it will work, but God works it out right. It’s a real privilege to be called to ministry. The Lord can use us all. Whatever our background is, He has a way to use it. I have certainly seen that over and over.”

Editor’s note: After serving as a missionary in Romania for 23 years, this summer Roberta Bustin will be retiring and moving back to her first home, the United States.

This article was written by Nicole Almeida and previously published in the August 2020 edition of Where Worlds Meet.